Confidence in parenting could help break cycle of abuse 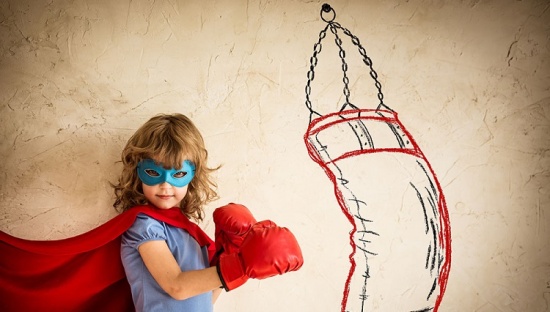 To understand how confidence in parenting may predict parenting behaviors in women who were abused as children, psychologists have found that mothers who experienced more types of maltreatment as children are more critical of their ability to parent successfully. Intervention programs for moms at-risk, therefore, should focus on bolstering mothers’ self-confidence–not just teach parenting skills, the researchers said.

“We know that maltreated children can have really low self-esteem,” said Louisa Michl, a doctoral student in the department of psychology at the University of Rochester.

“And when they become adults, we’ve found that some of these moms become highly self-critical about their ability to parent effectively. Research has shown that this type of self-doubt is related to poor parenting–yelling, hitting, and other kinds of negative parenting behaviors.”

This study included mothers who were clinically depressed, as well as those who were not. “Our research shows that self-criticism leads to lower-confidence in parenting abilities in previously maltreated mothers and this was true in non-depressed moms as well as depressed mothers,” said Michl, the lead researcher of the study.

Prior research has found that a mother’s confidence is closely linked to her motivation to use positive child-rearing strategies.

“When a mom has confidence in her ability to use positive strategies when under stress–like when her child throws a tantrum in a grocery store–then she is more likely to parent effectively,” Michl explained.

All of the mothers in the study were from low-income households.

“For families living in poverty, daily stresses can quickly add up, and parenting–which can be challenging for anyone–can become overwhelming,” she said.

“That’s all well and good–moms can learn those skills. But what happens when they are in a stressful situation? What do they do? If they don’t have the attitude–the belief that they can do this, that they can be a good mom and enact all those things they learned–then they may fall back on how they themselves were treated as children.”

There is a positive side. Previous research has shown that beliefs of maternal efficacy are modifiable.

“If a mom who was maltreated as a child can sustain some strong beliefs in her competency as a mom, then it may help break the cycle of abuse and buffer her children against that kind of experience she had. That is where this research has led us so far,” Michl said

“My hope is that community services that offer intervention support will focus on moms’ mental health–how her critical self-beliefs are getting in the way of believing she can be a good parent,” said Michl, who is also a clinical therapist.

“Making sure moms have good parenting skills is really important. But we can support these moms in a more holistic way–provide her the facts, but also help her to believe in herself.”