Don’t retweet if you want to remember 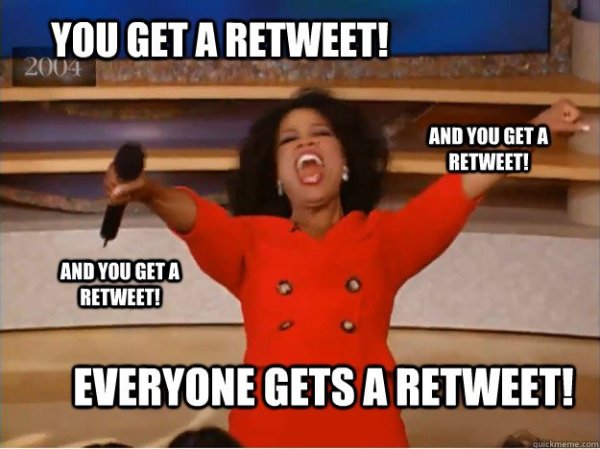 The whole of human intelligence, right at your fingertips. Sure it might not make the layman an engineer or physicist, but if we want to learn about a particular topic the internet can give us that information. But you better hold on tight before you lose it. New research finds retweeting or otherwise sharing information creates a “cognitive overload” that interferes with learning and retaining what you’ve just seen.

If it stopped there, that wouldn’t be so bad. After all why would you want to remember that funny cat video you just shared? It gets worse though, that overload can spill over and diminish performance in the real world…. oops.

“Most people don’t post original ideas any more. You just share what you read with your friends,” said Qi Wang, professor of human development in the College of Human Ecology at Cornell University.

“But they don’t realize that sharing has a downside. It may interfere with other things we do.”

Researchers in China conducted experiments showing that “retweeting” interfered with learning and memory, both online and off. China of course being known for a somewhat alarmingly high rate of “internet addiction” to begin with. The experiments were conducted at Beijing University, with a group of Chinese college students as subjects.

At computers in a laboratory setting, two groups were presented with a series of messages from Weibo — for those of you who are saying OMG what is Weibo, it is the Chinese equivalent of Twitter, also please stop saying OMG. After reading each message, members of one group had options either to repost or go on to the next message. The other group was given only the “next” option.

After finishing a series of messages, the students were given an online test on the content of those messages. Those in the repost group offered almost twice as many wrong answers and often demonstrated poor comprehension. Basically meaning that what they did remember they often remembered poorly.

“For things that they reposted, they remembered especially worse,” Wang added.

The researchers theorized that reposters were suffering from “cognitive overload.” When there is a choice to share or not share, the decision itself consumes cognitive resources, instead of, well actually remembering the thing that you are debating about sharing.

Curious to what other effects this may have, a second experiment was done. After viewing a series of Weibo messages, the students were given an unrelated paper test on their comprehension of a New Scientist article.

Again, participants in the no-feedback group outperformed the reposters. Subjects also completed a Workload Profile Index, in which they were asked to rate the cognitive demands of the message-viewing task. The results confirmed a higher cognitive drain for the repost group.

“The sharing leads to cognitive overload, and that interferes with the subsequent task,” Wang said.

“In real life when students are surfing online and exchanging information and right after that they go to take a test, they may perform worse,” she suggested.

Noting that other research has shown people often pay more attention to elements of a web design such as “repost” or “like” than to the content, the researchers suggest that web interfaces should be designed to promote rather than interfere with cognitive processing.

“Online design should be simple and task-relevant,” Wang concluded.

This entry was posted on April 29, 2016 by The Lunatic. It was filed under Neuroscience Research, Technology and was tagged with cognitive science, computer science, neurobiology, neurology, peer reviewed, psychology, science, social media.