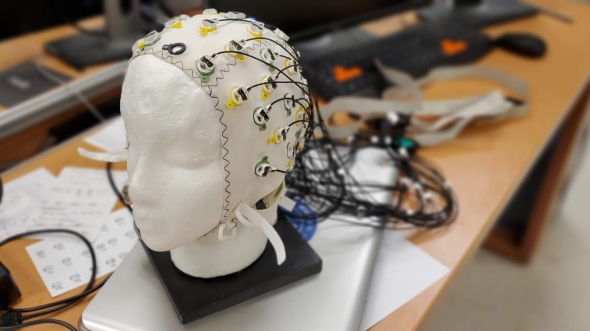 Today is day one of ten for the time that I have to do some experiments. It’s an awkward time for sure, I mean surgery, school, etc. However, that’s just the way things work in academia, I actually had a break, so I’m ready to go to be honest. Which really means this isn’t horrible timing. I’ve already discussed the million things going on these weeks, but let’s talk about what goes into experiments, really.

The first day for experimenting is always weird, we have a lot of logistical things that need to happen. If you’re a volunteer for the experiment, we need to get informed consent (even for the non-invasive stuff we do) and there is a lot of paperwork involved along with something called an IRB to make sure the experiment is safe and we aren’t just doing it for no reason. So there is a bunch of pre-experiment things that we need to do including making sure our subjects know what will happen and what to expect.

What about the things the subjects don’t see? We have things like experimental protocol to worry about. Let’s say you want to do an experiment, great! There are a few questions that will take a long time to answer, such as (but not limited to):

Let’s take this in order, the first question will inform how you design your experiment. Humans are hard to work with. Sorry, but it’s true. So you need to design an experiment that isn’t too long, has a clear goal (I.E. What do you intend to determine?), and actually answers what you want to know. This takes FOREVER. When I performed my first experiment for my QE, it took weeks to answer this first question. Think about it, say you want to show that the brain controls the hand, great, but how? This question inevitably leads to the second question.

The second question is how you try to eliminate variables. You want to show the brain controls the hand, so you need to have an experimental paradigm to do this, which means you are recording some data, what data? Say we record EEG (brain data) and EMG (muscle data). This would be a VERY basic experiment (because we could also record angle of movement to see if we could use EEG recordings to determine joint angle (which has been done to some success!).

So we know what we want to record, but what are the variables? Well we want to show that the hand is controlled by the brain, so we need to limit arm movement (so we can show that we aren’t just showing that the arm controls the brain). We could also record EMG here to help prove this (no activation means we’ve eliminated the variable!) We also have two pathways, the afferent and efferent pathway, which brings us to question three.

What kind of analysis do you want to do? Afferent signals Arrive to the brain, Efferent signals Exit the brain. So if we want to show that the brain controls the hand we COULD also show that the hand is connected to the brain by taking advantage of both of these pathways. We could use PNS (peripheral nerve stimulation) to show a change in brain signals and we could use TMS (transcranial magnetic stimulation) to show that activation of the motor cortex controls the hand, however we could also do this through volitional movement (self created movement).

This makes things a little harder to show, but that is why we control for our variables, we put space between tests, say I want you to tap your finger, this SHOULD create some change in our EEG signal. Well I could have you just tap as fast as you could, but it would make more sense to spread it out with no movement for a few seconds between tests. This would give us better data to work with since (spoiler) there is an activation in the brain prior to movement occurs so we want to space it out so we have a true rest between taps.

That brings us to our what do you expect to find question. Why put this at the end? Well because once you designed everything it is a good check that your experiment actually answers the question you want to know! To be fair, this really should have been done at the start by researching previous literature. In any case, will assume you are asking the question based on your review of publications on the topic, which will inform what you expect to find.

In this case using our hand controlled by the brain experiment, we would expect to see something called an ERP (event related potential). With 50-100 trials of finger tap and 5-10 subjects if we spaced our tap events out far enough we would get a very nice ERP by aligning each trial. How do we do that? We could use the EMG activation we recorded to segment our data and look at (this is just a number I picked) 1 second prior to movement and 1 second after. Taking the average eliminates outside noise, which there will be a lot of! This is also why we do a lot of trials with different subjects, it gives us statistical power to say this thing we found, it isn’t just noise.

If this seems like a lot, that is because it is a lot! This is just the condensed version too, as a researcher you can go your whole life learning how to properly answer the questions you have. We haven’t even covered getting all this equipment together to do the experiment! The first official experiment starts tomorrow, but we will review everything several times today before we start. This despite the several months planning this experiment to make sure that we are answering the question we really want to answer.

This entry was posted on January 14, 2020 by FullMetal. It was filed under 365 Days of Academia and was tagged with blog, daily routine, education, experiment, life, lifestyle, neurology, neuroscience, PhD, school.