Body heat as a power source 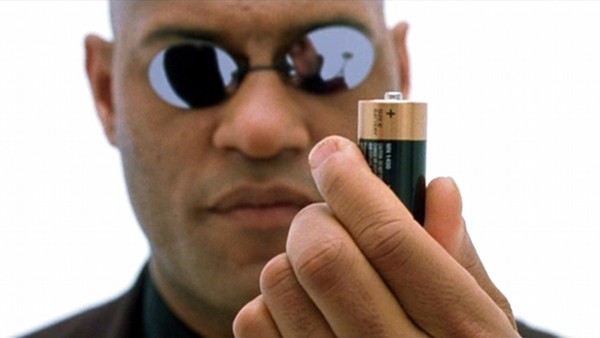 Electronics integrated into textiles are gaining in popularity: Systems like smartphone displays in a sleeve or sensors to detect physical performance in athletic wear have already been produced. The main problem with these systems tends to be the lack of a comfortable, equally wearable source of power. Chinese scientists are now aiming to obtain the necessary energy from body heat by introducing a flexible, wearable thermocell based on two different gel electrolytes.

Our muscle activity and metabolism cause our bodies to produce constant heat, some of which is released through the skin into the environment. Because of the relatively small temperature difference between skin (approximately 32 °C) and the temperature of our surroundings, it is not so easy to make use of body heat.

In order to use this to produce a current, the scientists combined two types of cells containing two different redox pairs. Each cell consists of two tiny metal plates that act as electrodes, with an electrolyte gel in between. The first cell type contains the Fe2+/Fe3+ redox pair. The second type of cell contains the complex ions [Fe(CN)6]3-/[Fe(CN)6]4-. Because of the choice of these redox pairs, in cell type 1, the cold end gives a negative potential, while in type 2, the cold end gives a positive potential.

The researchers arranged many of these two types of cells into a checkerboard pattern. The cells were connected to each other by metal plates alternating above and below, to link them into a series. They then integrated this “checkerboard” into a glove. When the glove is worn, the desired temperature difference results between the upper and lower plates. This produces a voltage between neighboring cells, and the voltage adds up. This makes it possible to generate current to power a device or charge a battery.

In an environment at 5 °C, it was possible to produce 0.7 volts and about 0.3 μW. By optimizing this system, it should be possible to improve the power, even with smaller temperature gradients.

This entry was posted on September 6, 2016 by FullMetal. It was filed under Technology and was tagged with battery, biotechnology, chemical science, future, materials science, peer reviewed, power generation, science.