Entitlement — a damning recipe for happiness 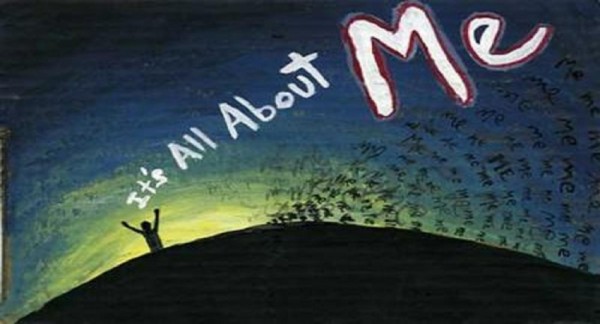 Entitlement–a personality trait driven by exaggerated feelings of deservingness and superiority–may lead to chronic disappointment, unmet expectations and a habitual, self-reinforcing cycle of behavior with dire psychological and social costs, according to new research. In a new theoretical model, researchers have mapped how entitled personality traits may lead to a perpetual loop of distress.

“At extreme levels, entitlement is a toxic narcissistic trait, repeatedly exposing people to the risk of feeling frustrated, unhappy and disappointed with life,” said Joshua Grubbs, the primary author of the paper.

“Often times, life, health, aging and the social world don’t treat us as well as we’d like. Confronting these limitations is especially threatening to an entitled person because it violates their worldview of self-superiority,” said Grubbs.

Reacting to perceived injustices, entitled people may direct their anger outward, blaming others, while reassuring themselves of their own specialness–thus beginning the cycle again.

The study–based on a review of more than 170 academic papers–outlines the cycle as a three-stage process:

“Reassurance stemming from entitlement can provide temporary relief from the very distress caused by entitlement,” said Julie Exline, co-author of the study.

But these benefits are short-lived; long-term consequences associated with entitled behavior include poor relationships, interpersonal conflicts and depression.

“The entire mindset pits someone against other people,” Exline said.

“When people think that they should have everything they want–often for nothing–it comes at the cost of relationships with others and, ultimately, their own happiness.”

Previous studies show entitlement is on the rise–so-called “millennials” see themselves as generally more entitled than previous generations; entitled traits have an especially fertile breeding ground in the strong current of individualism valued by American society and culture, Exline says, though pinning blame for the phenomenon is difficult.

And while there is no clear path for a person to break out of the cycle of entitled behavior, previous research shows that traits of humility and gratitude can protect against the distress associated with entitlement.

By creating a sense of safety and security, psychologists have helped entitled people feel more connected to others by finding common ground in the limitations and suffering present in all human lives.

“Yet, this may be too much to ask,” Grubbs said. “It’s often unacceptable for entitled people to consider they are not the exception to the rule.”

This entry was posted on September 13, 2016 by The Lunatic. It was filed under Psychology and was tagged with behavioral science, entitlement, perception, personality, psychology, public health, science, social science.