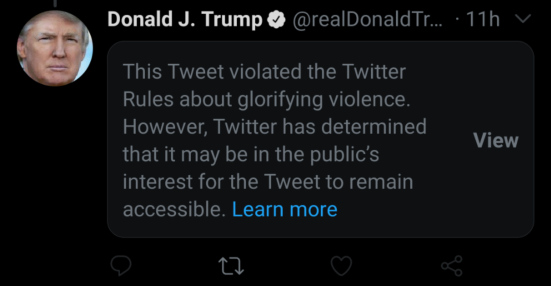 It’s the least they could do.

Disinformation is a powerful tool. We are often taught that while previous wars had the overall and almost total support of the American people, the Vietnam war did not. You may think this had to do with the sentiment at the time or a cultural shift. However, this was most likely due to something far more innocuous, the television.

They are so commonplace our living rooms are often a shrine surrounding them, the television changed the way the people saw the world, for better and for worse. Prior to the television people relied on the propaganda newsreels shot by and approved by the United States government. These clips eschewed anything that would make people believe that fighting was not a noble and honorable thing to do. These people were heros and if you enlist, you’ll be a hero too!

It’s subtle, but then the television came. Suddenly information was difficult to contain and reporters could show, not just tell, people what was happening. The commercialization of the color television around the same time most likely made this even more striking for people who could see a raw and unedited version of war that previously only the people who had lived through it knew. To understand this idea more clearly, I point to a short story called The Red Convertible. Fair warning, it’s sad, somewhat graphic, and the theme of a in color televised war is constant.

Video can sway the masses and when the government learned of the power that was left unchecked they made rules. There are now things that you can and cannot see in a warzone. Furthermore, with the invention of the digital camera, there are rules that tell me, as a Marine, I cannot show you pictures I may or may not have of the horrors I’ve seen. Not that I would subject any of you to them if they exist anywhere, but in my head. Those are my own personal hell and you would be wise to avoid them.

My point is this, we watched an innocent black man choked to death on camera. More importantly, he wasn’t choked in the sense that he couldn’t breath, although I know for a fact he felt that way. He was blood choked, a move we are taught in the military because it is extremely effective and quite deadly. I know that feeling, I’ve been choked that way until I’ve passed out, it’s far scarier in my opinion than an airway choke.

Yet the government is telling us that our eyes are lying to us. That the officer did nothing wrong. This was a completely justified murder. Now they are saying the rioters are “thugs” a racist dog-whistle for black. The rioters are black and that is not okay in white america. Black people are dying and will continue to die, but please ignore the footage of our racism in action and go about your business.

At the end of the day there is no doubt about what happened, we can see it and hear it. In reaction to this the government is trying to rein in our ability to know the truth. Police have arrested reporters because what they do in the dark should stay there. We do not get to see the horrors that are unfolding and the few videos that slip through the veil are quickly labeled as fake, bias, or not “showing the full story” by weaponized automated social media accounts and other tools of disinformation.

We’ve hit yet another flashpoint and if the government can control the flow of information the racist system that has been built will make it through to the other side. We cannot and should not let that happen, but only time will tell who will be victorious. We the people, in order to form a more perfect Union need to take a stand. This will not be comfortable, but nothing worth achieving ever is.

In the end you should understand this; the things the government does in the dark should never remain there long.

This entry was posted on May 29, 2020 by The Lunatic. It was filed under 365 Days of Academia - Year one and was tagged with black lives matter, history, police, Politics, racism.