In combat it’s easy to forget when someone is killed. Forget isn’t the right word, but you’re fighting to survive, so you literally don’t get the chance to process the loss in the moment. All good things come to an end however and it’s often not right away that it sinks in. You experience that fresh loss for a long time before it sets in. You forget that the person has died. You look for them in the group you’re serving with until it clicks. The truth is, the most painful part of loss isn’t the initial death. It’s having to live loss that over and over before it finally becomes your reality.

END_OF_DOCUMENT_TOKEN_TO_BE_REPLACED

I come from a somewhat long line of military service. When my grandfather immigrated to the US he served in the Navy and fought in the Korean war to become a citizen. My father served in the Army and enlisted specifically to fight in Vietnam. Then I went off to the Marine Corps shortly after 9/11 and subsequently Iraq. War is hell, but then again so are people. It’s Memorial day, which means today is my time honored tradition to tell you all to just stop.

END_OF_DOCUMENT_TOKEN_TO_BE_REPLACED 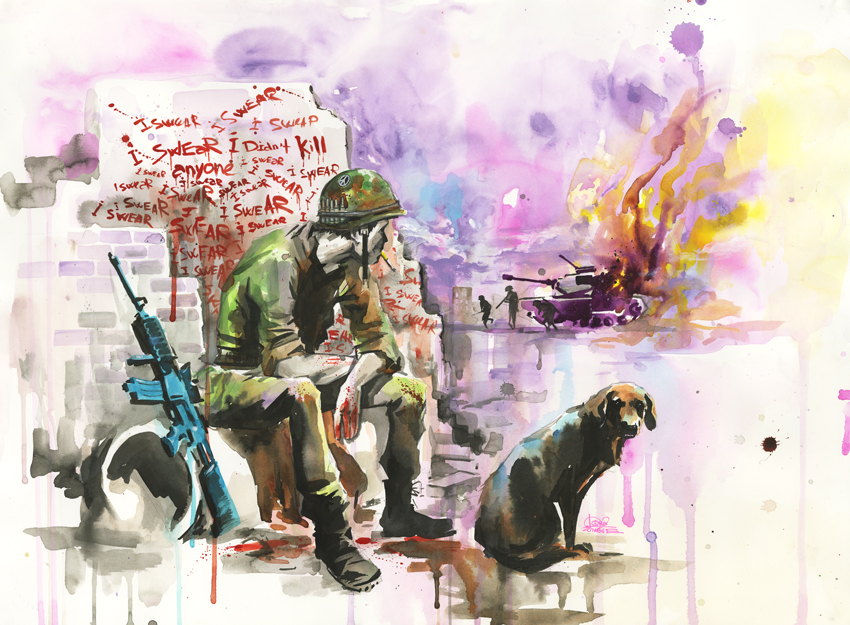 “I swear I didn’t kill anyone” by the incredibly talented Lora Zombie.

Memorial day brings mixed feelings for me. It’s the inevitable culmination of militarism and hero worship. It’s a yearly reminder of my failures and losses. It’s a memorial for the civilians that are blind to the abuses of the military. It’s for those who greedily accept the most we can do is have mindless celebrations and for those who enjoy the egregious use of platitudes that punctuate the day. Well now, it’s time for some cold hard truth that you don’t want to hear.