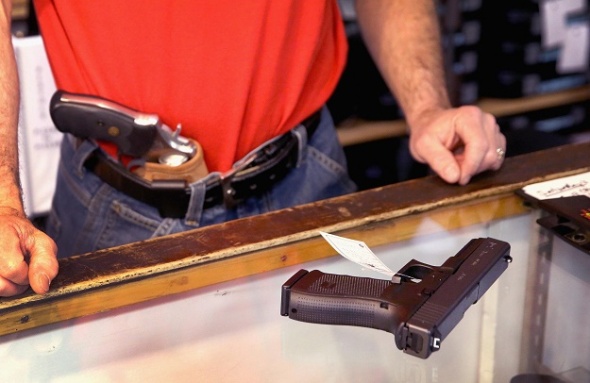 Restricting access to firearms for people who misuse alcohol could prevent firearm violence, but policies that more clearly define alcohol misuse should be developed to facilitate enforcement, according to a review of existing research and public policies by the UC Davis Violence Prevention Research Program.

The analysis summarizes studies on binge drinking and other forms of alcohol misuse in association with firearm access and use, including firearm violence. It also describes the shortcomings of existing policies designed to restrict access to firearms among those who are at high risk for violence due to alcohol misuse–particularly people with multiple prior convictions for alcohol-related offenses such as driving while under the influence (DUI).

“Both acute alcohol intoxication and chronic alcohol misuse are strongly associated with risk for committing firearm violence, whether that violence is directed at others or at oneself,” said Garen J. Wintemute, founding director of the UC Davis Violence Prevention Research Program and expert on gun violence as a public health problem.

“In any given month, an estimated 8.9 million to 11.7 million firearm owners binge drink. Both binge drinking and heavy chronic drinking are more common among firearm owners than in the general population. For men, there are as many alcohol-associated deaths from firearm violence as from motor vehicle crashes,” he said.

The article cites numerous studies that link aggressive firearm behaviors and alcohol misuse. These include a nationally-representative study in which people who reported threatening others with a firearm were more likely than others to meet Diagnostic and Statistical Manual of Mental Disorders, 4th Edition (DSM-IV) criteria for alcohol abuse or dependence, and another that found people who misused alcohol were substantially more likely than others to exhibit a combination of angry behavior and either carry firearms outside the home or have firearms at home.

Similarly, many studies have linked suicide by firearm and alcohol intoxication, including a 2011 study that found the excessive consumption of alcohol was associated with an 86-fold increase (an increase of 8,600 percent) in the risk of firearm suicide or near-suicide.

Federal and state policies are largely ineffective in restricting firearm access for people who misuse alcohol, Wintemute writes. Federal statute prohibits individuals who are unlawful users of or addicted to any controlled substance from the purchase or possession of firearms, but the statute specifically excludes alcohol from its definition of a “controlled substance” and leaves alcohol-related restrictions for individual states to consider.

“While 37 states with jurisdiction over 65 percent of the U.S. population have some restrictions on acquiring, possessing or using firearms by those who are intoxicated or have a history of alcohol misuse, many of these policies are unenforceable because they rely on vague, inherently subjective definitions of intoxication or misuse, such as ‘habitual drunkard,’ ‘habitually in an intoxicated condition,’ ‘chronic alcoholic’ and ‘addicted to alcohol,'” Wintemute said.

Wintemute noted that in the few locations that more specifically define alcohol misuse by number of convictions for DUI or other alcohol-related offenses over time (Maryland, Pennsylvania, Indiana, and the District of Columbia), the data on enforcement are unavailable or suggest that enforcement is lacking.

“Policies that restrict firearm access by persons with other risk factors for violence have been shown to be effective,” said Wintemute, who also is the first Susan P. Baker-Stephen P. Teret Chair in Violence Prevention at UC Davis Health System.

“In California, prohibiting persons convicted of violent misdemeanors for 10 years following their convictions reduced their risk of arrest for a firearm-related or violent offense. The evidence strongly suggests that properly-crafted and well-enforced policies, like modern laws for drinking and driving, would help prevent firearm-related violence,” he said.

This entry was posted on May 29, 2015 by The Lunatic. It was filed under Politics, Psychology and was tagged with behavior, criminals, firearm safety, Mental Health Stuff, peer reviewed, political issues, science, toxicology, violence.