The Oceans Link to Climate Change 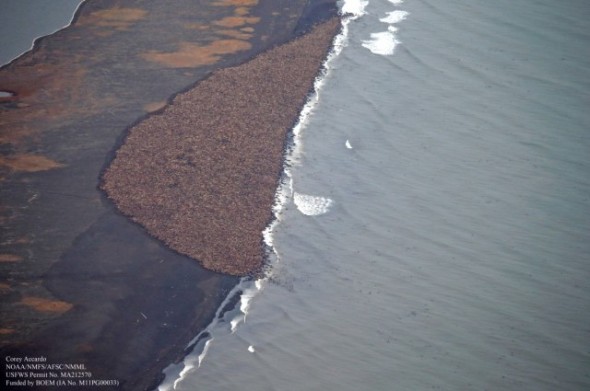 An estimated 35,000 walruses are resting on land because the sea ice has melted
Photo credit goes to: Corey Accardo NOAA/NMFS/AFSC/ANML.

Hold on to your hats folks, we can all agree that most of the concerns about climate change have focused on the amount of greenhouse gases that have been released into the atmosphere. But in a new study a group of researchers have found that circulation of the ocean plays an equally important role in regulating the earth’s climate. Keep in mind this doesn’t mean global warming isn’t a man-made problem, please.