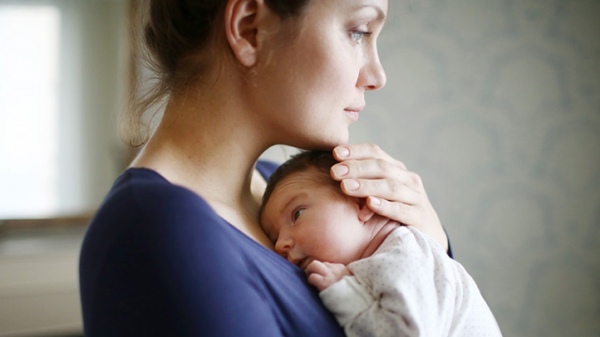 Postpartum depression–a household term since actress Brooke Shields went public in 2005 about her struggle with it–is indeed serious. But depression that begins before or during pregnancy is often more severe because it lasts longer and usually goes undetected until the doctor screens for it after the birth of the baby.

Deciphering the onset time can impact how the doctor treats the woman’s depression, such as intervening earlier with psychiatric help, if needed.

“There’s a difference between postpartum depression and depression that started before or during the pregnancy. It’s not a homogenous disorder, ” Sheehan Fisher, the study’s corresponding author.

“When clinicians see a mother during the postpartum period and diagnose her with depression, it’s important for them to ask how long this depression has been an issue so they can assess the longevity and severity.”

Mothers who develop depression during the postpartum period are more likely to be Caucasian, older, educated, married or cohabitating, and have private health insurance than mothers whose depression begins before or during pregnancy, the study found.

“Mothers who develop postpartum depression often experience protective risk factors such as better access to resources, fewer children and are more mature, which helps them adapt to the stress of pregnancy,” Fisher said.

“Once their babies are born, they show more obsessive-compulsive symptoms–like over-worrying about their baby’s health–than mothers who developed depression before or during pregnancy.”

Women who had depression before they became pregnant were more likely to experience hypersomnia or difficulty falling asleep. They also experienced more symptoms of paranoia, such as a psychotic episode, than women who developed depression during or after pregnancy. And they had a higher severity of postpartum depression than the other onset periods.

The proportion of mothers who had a bipolar disorder, which is more severe than unipolar depression, was significantly higher among mothers whose depression onset was during the pre-pregnancy period (38.7 percent), compared with prenatal (22.6 percent) and postpartum (17.9 percent).

Agitation was the distinctive factor that differentiated mothers with unipolar and bipolar depression in the study. Mothers who had a bipolar disorder and developed depression during her pregnancy exhibited the highest amount of agitation.

The study evaluated depression symptoms during the four- to six-week postpartum period for 727 women from an urban women’s hospital in Pittsburgh, Penn. This period was chosen because women typically visit their doctors for post-birth evaluations six weeks after birth, and the four- to six-week epoch is associated with the highest depression onset.

This entry was posted on June 16, 2016 by The Lunatic. It was filed under Mental health, Women's Health and was tagged with behavioral science, depression, parenting, pediatrics, peer reviewed, postpartum depression, pregnancy, science.