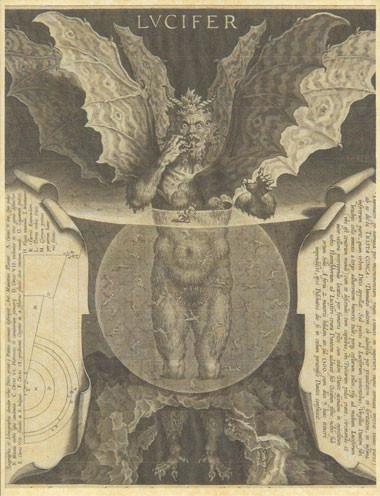 Sure, Sartre didn’t mean that hell is literally other people, that is a common misconception and therefore the quote is often misused. However, I’m misusing it on purpose because right now in my situation, hell really is other people. Did I mention that I hate group work? I really do and as a change of pace I’m going to try to explain without the tangents I tend to take because it’s going to be a fairly long story.

As we know, I’m in exactly one class this term, state-space modeling for physiological applications. So far I am doing well, we’ve had two homework assignments and I’ve gotten 100% on each. I take the class very seriously and I like to think that I’ve learned a lot. Unfortunately we have a group assignment and it’s killing me.

At this level you would think that everyone in the class wants to be there, wants to learn, and is equally involved in the class. My partner however, is not. At the beginning of the term we were asked to select a particular topic to write a paper, as in a paper we are planning to publish at the end of the class. We agreed to split the work in a way that made sense to us and we did it based on what previous teams did. I would do ~70% of the writing and he would do ~70% of the coding. Everyone is happy, we knew what we were doing and it all fell apart before it even started.

In short, he lied to me, over and over. I’ve written exactly 100% of the paper thus far, but he had written ~0% of the code. It first came to my attention that he was lying when he pointed out that the work we are building on had an error with their validation step which he confirmed with the main coder for the original team. For those of you not in the class, this is a very big problem and could have obliterated the findings of the work we are building on.

It turns out this wasn’t the case, I met with the old team member in question and he had no idea what I was talking about. This was later confirmed when I finally met with my team member and he had no idea how to even run the code they provided. He didn’t just lie about finding a significant error in the old code, he had no real experience coding, which was completely opposite of what he told me when we split the work.

Right now we are three (yes, three) weeks behind schedule. Thankfully due to the coronavirus our deadline has been pushed back. However, the results and discussion section for our paper is due tomorrow, a deadline I cannot meet no matter how much I want without some sort of result to write about. I have no doubt that I will not hit the deadline tomorrow becuase I had to explain to him last night at 2am how to do something that should have been very obvious with the code and if he had actually been working on the code, it would’ve been a question he would’ve needed answered weeks ago.

But wait, why don’t I do the coding too? Well first that would mean I would be doing absolutely everything and at that point I wouldn’t have a team member, this might be for the best to be honest. The second issue is the dataset we are using is over half a terabyte. It’s huge, so transferring it between computers is impractical. This is why we split the work the way we did, so we wouldn’t have to try to transfer the dataset back and forth. Lastly, I don’t have enough time to write all the code needed from scratch, this was a months long job to do and while I like to think I can code fairly well, I am not THAT good. Yet another reason we split the work the way we did, it would give him time to focus solely on the code while I hit the weekly progress milestones for the paper.

It’s a huge mess and while I don’t think the instructor will penalize me for it, I still wanted to do well and publish our findings. I’ve already discussed these grievances with my instructor so she is aware. Now all I can do is wait and hope that somehow we have a result, any result, to show for tomorrow’s deadline. If not, well it will be the first major milestone that I’ve missed.

Anyway, that’s the update from PhD life in quarantine. Tomorrow I also have my biweekly review paper, so a small change of pace from the day to day things. Oh and I’ll give an update about this group assignment and more importantly what the project is, once we finish with the project. With or without him, I plan on finishing this assignment and publishing the work, so at least there is that.

This entry was posted on March 29, 2020 by The Lunatic. It was filed under 365 Days of Academia - Year one and was tagged with blog, college, coronavirus, Education, history, journal, routine, science.