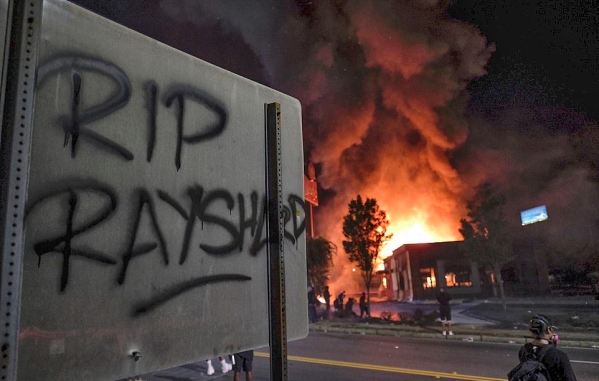 The protests are still going strong and that makes my heart happy. You knew the protests were still going on though… right? I don’t blame you if you thought they had died down, turns out when protesters aren’t burning down buildings the media doesn’t seem to care, even when police decide to use excessive force and LITERALLY run people over.

It appears that news outlets have gotten bored with covering the protests. That isn’t a surprise really since almost all news media is run by rich white people, so why cover the black lives matter protesters when the cause hurts them directly. Instead most coverage comes in the form of protesters looting, or burning down buildings, you know the typical things covered by the media.

Moreover, when they do cover the protests, somehow protesters have agency, “Protestors burn down buildings.” Where police do not, “Police clash violently with protestors.” Language matters and clearly we are to believe that the police have no other recourse but to respond with force against * checks notes * people armed with signs and shouting hurtful things at them.

We are literally out there protesting police brutality and the police respond with even more brutality. They have the backing of politicians and police unions, so the mask is off. They know they can’t be touched so why not just beat the shit out of us until they get what they want, which is for us to live in fear of them like we’ve been doing basically since the police force became militarized (to be honest, since they were originally established). They are literally STILL killing black people just because they can (further reading).

For those of you unaware, racism and the police go hand in hand, since the founding of the police force. Modern day police were created from slave patrols (further reading). Ironically, policing as we know today is a new concept. So when people try to argue we need them, well we didn’t before and we won’t when they are gone.

Police were rotten from the start, there is no way to reform a organization that was founded in racism, it just doesn’t work. Imagine trying to reform the KKK or the NRA, just doesn’t work like that. Didn’t know the NRA was a racist organization? Well did you know the one time the NRA supported a rifle ban was when the black panthers armed themselves? (further reading) We need to disband the police and start from scratch. We need several organizations that specifically deal with different needs of the public, more importantly they need to be better trained.

You call the police and they rush in to help you, they have the experience and obviously have gone through extensive training… right? Nope, police go through less training than your average barber. I’ve spent more time on my education (by far) than it would take to become a police officer, heck I’ve spent more of my free time playing video games than it takes to be a police officer (further reading).

So while news outlets seem to be over the protests, please know that we are still out there trying to make a change in the world. If you want, you can join us, you can help us protest. You can help bring change into the world that will affect generations to come! Now is the time to do this.

This entry was posted on June 14, 2020 by The Lunatic. It was filed under 365 Days of Academia - Year one and was tagged with black lives matter, daily routine, police, Politics, protest, racism.