Death and taxes, the two constants of the world. I think some people are afraid of death because it’s so common, so… pedestrian. We all do it, wealthy, poor, unlike almost everything about life, death is the great equalizer. In life we are taught we have choices and those choices are set by our circumstances, but for the most part we get to decide what our lives look like. Unfortunately, that isn’t always the case when we die, even when our wishes are made explicit. This is the true story of the death of Albert Einstein and if you don’t know it, I don’t blame you if you don’t believe it.

END_OF_DOCUMENT_TOKEN_TO_BE_REPLACED 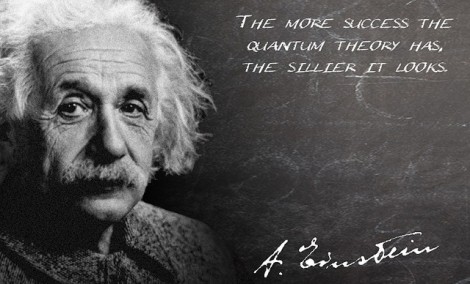 It’s not Einsteins fault that the two theories don’t play well together. They are both mathematical formulas, there is no malice involved. Einsteins world was beautiful and solid, he wanted to use math to form a world made of granite, smooth, shiny and perfect. Quantum mechanics on the other hand is uncertain, that is a fundamental principle, it’s more like wood, it’s not pretty, rough and textured.