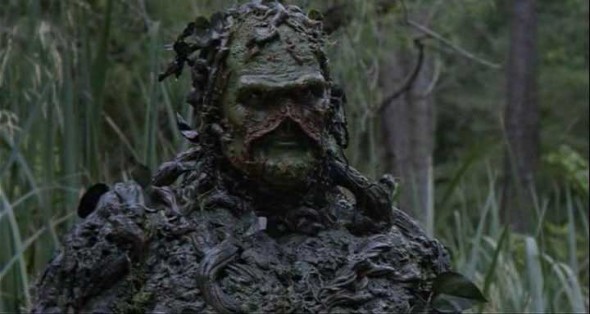 Maybe I’m dating myself here, but ever see the swamp thing movie, television show, or even the comic? Call me picky, after all we are talking about a human/plant hybrid, but he never needed to talk. I know, some of you are probably rolling your eyes at me given it’s a comic, movie or tv show [depending on your level of geek], but come on, this is science!

For a long time people thought of plants as, well… plants. They are living, but they are sort of just there, they don’t talk, move, or show any sort of intelligence. That kind of thinking has been slowly changing with new plant discoveries and now we have yet another one that turns the idea that plants are silent on it’s head. Researchers have discovered a potentially new form of plant communication, one that allows them to share an extraordinary amount of genetic information with one another.

The finding throws open the door to a new arena of science that explores how plants communicate with each other on a molecular level. It also gives scientists new insight into ways to fight parasitic weeds that wreak havoc on food crops in some of the poorest parts of the world and it proves that swamp thing could’ve had much fewer speaking parts.

“The discovery of this novel form of inter-organism communication shows that this is happening a lot more than any one has previously realized,” said Westwood, who is an affiliated researcher with the Fralin Life Science Institute. “Now that we have found that they are sharing all this information, the next question is, ‘What exactly are they telling each other?’.”

The team specifically examined the relationship between a parasitic plant, dodder, and two host plants, Arabidopsis and tomatoes. In order to suck the moisture and nutrients out of the host plants, dodder uses an appendage called a haustorium to penetrate the plant. This same group has previously broken new ground when they found that during this parasitic interaction, there is a transport of RNA between the two species. For those who need to brush up on their genetics, RNA translates information passed down from DNA, which is an organism’s blueprint.

This new work expands the scope of this exchange and examines the mRNA, or messenger RNA, which sends messages within cells telling them which actions to take, such as which proteins to code. Originally it was thought that mRNA was very fragile and short-lived, so transferring it between species was unimaginable.

But surprisingly the researchers found that during this parasitic relationship, thousands upon thousands of mRNA molecules were being exchanged between both plants, creating this open dialogue between the species that allows them to freely communicate. In simpler terms think of mRNA as a text message, so yes in this metaphor the plants were texting, OMG.

Using this newfound information, scientists can now examine if other organisms such a bacteria and fungi also exchange information in a similar fashion [spoiler hint, the answer is probably going to be yes]. This finding could also help solve issues of food scarcity by learning how to help the plants protect themselves from weeds or even help coax growth from plants.

“Parasitic plants such as witchweed and broomrape are serious problems for legumes and other crops that help feed some of the poorest regions in Africa and elsewhere,” said Julie Scholes, a professor at the University of Sheffield, U.K., who is familiar with Westwood’s work but was not part of this project. “In addition to shedding new light on host-parasite communication, Westwood’s findings have exciting implications for the design of novel control strategies based on disrupting the mRNA information that the parasite uses to reprogram the host.”

Westwood said that while his finding is fascinating, how this is applied will be equally as interesting.

“The beauty of this discovery is that this mRNA could be the Achilles hill for parasites,” Westwood said. “This is all really exciting because there are so many potential implications surrounding this new information.

Just think about this for a second, the plants around us could actually be talking about us, watching us, studying us! But you know… not trying to sound paranoid or anything.

This entry was posted on August 15, 2014 by FullMetal. It was filed under Biology, Environment and was tagged with future, global warming, nature, plants, political issues, science.