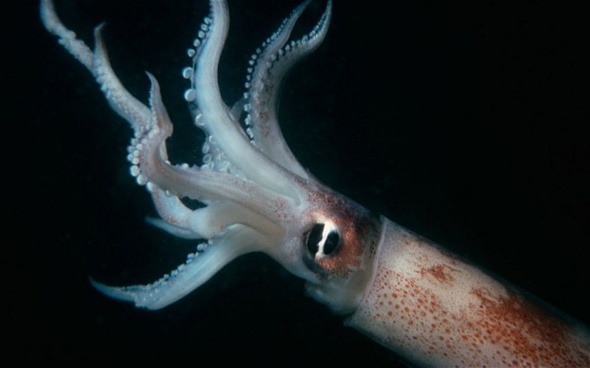 DNA, it’s what makes us, well us! Not that long ago, before we sequenced human DNA we assumed we had one of the largest genomes around. Frankly it wasn’t a bad assumption, but of course we found out this was far from the case and to make ourselves feel better we said size doesn’t matter. But one of the surprising discoveries to emerge from comparative genomics is that drastically different organisms–humans, sea urchins, worms, flies –are endowed with a more or less common set of genes. So given a similar DNA blueprint, how do species develop such vast differences in physical shape, size, and complexity?

One insight into this question has also turned out to be surprising. Contrary to the classical “central dogma” of molecular biology, genetic information does not always pass faithfully from genomic DNA to messenger RNA to the synthesis of proteins. Rather, the information can be significantly altered along the way by a variety of means, including by precision “editing” at the RNA stage to fine-tune the type of proteins that will be produced.

Just like the genome size assumption, we thought RNA editing was sparingly used, based on a limited number of studies in mammals and flies. But recently, researchers discovered the most prolific usage yet of RNA editing in the common squid, Doryteuthis pealeii, a behaviorally sophisticated marine organism that has long been prized for studies of the nervous system.

By comparing DNA and RNA sequences from the squid brain, the team found that 60 percent of the RNA transcripts had been edited. (A transcript is a stretch of DNA transcribed into an RNA molecule.)

“This is orders of magnitude more “recoding” of the genetic instructions than has been seen in any other species to date,” says Joshua Rosenthal, a professor of neurobiology at the Universidad de Puerto Rico.

The 57,000 recoding sites they found in the squid brain (as compared with 100 known recoding sites in humans and 600 in the fruit fly) created tremendous protein diversity, suggesting an important role for RNA editing in the brain physiology of the squid. It may, for example, enable squid to fine-tune its physiological response to environmental variables, such as changes in temperature, a hypothesis that Rosenthal will be exploring this summer at the MBL.

“In squid, RNA editing is so pervasive that the central dogma should be modified to include this process,” Joshua Rosenthal says.

“These results open the possibility that, in many organisms, extensive recoding is a common means of creating functional diversity.”

This entry was posted on March 21, 2015 by The Lunatic. It was filed under Biology, Genetics and was tagged with DNA, DNA transcription, Doryteuthis pealeii, genes, Genetics, molecular biology, peer reviewed, RNA, rna editing, science, squid.