Dopamine measurements reveal insights into how we learn 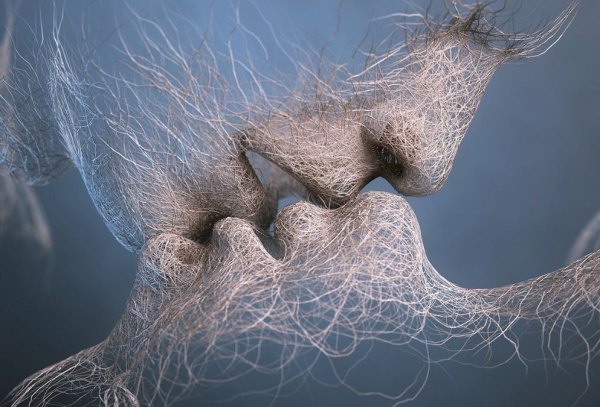 The findings may have widespread implications not just for Parkinson’s disease, but for other neurological and psychiatric disorders as well, including depression and addiction.

The researchers detected changes in the levels of dopamine a thousand times faster than had previously been recorded in humans. These rapid measurements, combined with enhanced chemical specificity, led the scientists to discover that dopamine – a crucial neurotransmitter involved in learning and decision-making – has a far more complex role than formerly thought.

“More than 20 years of research in nonhuman model organisms has painted a very specific picture of the suspected role of dopamine in guiding human behavior,” said Read Montague, senior author of the paper.

“And now, with these first-of-their-kind measurements, made directly in humans, we’ve discovered that this picture was woefully incomplete.”

“We’re studying a system that’s falling apart in their brains,” said Ken Kishida, first author of the paper and a research scientist at the Virginia Tech Carilion Research Institute.

“Parkinson’s disease is characterized by the death of dopamine-releasing neurons, and we’re trying to understand the underlying mechanisms of the disease process.”

Kishida and Montague both noted the generosity of the patients who volunteered for the study.

“This type of access to measure dopamine signals is invaluable,” Kishida said. “And we’ve made these measurements in 17 people – that’s 17 more than ever before.”

In order to capture the dopamine signals, especially in people with lower dopamine activity, the researchers had to develop extremely sensitive methods.

They modified a carbon fiber electrode previously used to measure dopamine fluctuations in rodents to interface with the surgical needs of the clinical procedure in humans, to reduce the risks and surgical time for the patients. Surgeons placed the electrode in each patient’s striatum, near the center of the brain.

The researchers took readings of the ultra-quick dopamine pulses as conscious patients played an investment game. They expected to see dopamine responses in direct relation to expected rewards and actual outcomes. They didn’t.

“We analyzed the dataset of about a thousand pulses of dopamine, and it was flat,” said Montague.

“The signals did not distinguish between a positive reaction and a negative one.”

The scientists used fast-scan cyclic voltammetry to measure the pulses of dopamine in the patients’ brains. This electrochemical technique allows for near-continuous measurements of chemical activity in the brain.

In this case, it was used to measure the dopamine signaling 10 times each second, for several minutes, while patients made financially risky decisions.

“But, as a result, we’ve been able to measure changes in neurochemicals that are important for learning while people make decisions.”

Once the researchers had the measurements, they started to analyze what the dopamine was actually signaling. They used new machine-learning methods, which employ several computational tools that help scientists dive deeper into data and emerge with more nuanced information.

“We found that dopamine tracks two factors – what happened and what could have happened,” Montague said.

“Our dopamine neurons appear to track whether something could have been better or worse, and this information is encoded by the rapid changes in dopamine release. These findings may start to reveal, in computational terms, what’s missing in the dopamine system of Parkinson’s patients.”

The findings have been more than 20 years in the making, since Montague’s first computational studies examining the mechanisms of dopamine signaling.

“Dopamine encodes what are called reward-prediction errors – the ongoing difference between reward expectations and the actual rewards experienced,” Montague said.

“From just dopamine signals, we can see when a person expects a reward and whether the person receives the reward. But in our most recent study, we found this earlier model of reward-prediction error to be incomplete.”

The idea that “what could have been” is part of how people evaluate actual outcomes is not new. But no one expected that dopamine would be doing the job of combining this information in the human brain.

“In doing so, we found dopamine tracking and combining two streams of information into one chemical pulse.”

Now that researchers have measured multiple contributions to the individual dopamine signals, they have even more pathways to explore the human brain’s learning systems in health and disease.

“The authors of this study combine the rare opportunity to collect data directly from the depths of the brain in awake humans with sophisticated methods for extracting the neurochemical signal,” said Michael Frank, an associate professor. Frank was not involved in this study.

The research findings also have implications for understanding other disorders of the dopamine system, according to Frank.

“The findings alter the way we think about reward-guided decision-making because it allows for the learning signal to be more informed by what ‘could’ have been,” Frank said.

Montague and his colleagues are working to understand whether their discovery applies to people who don’t have Parkinson’s. The scientists’ prior research, using functional magnetic resonance imaging, suggested that the new model should hold true in healthy individuals as well. Yet the previous work lacked the precision of the team’s new measurements.

“The ability to make this kind of measurement is a breakthrough,” said Montague, who noted he does not use that word lightly.

“These precise, real-time measurements of dopamine-encoded events in the living human brain will help us understand the mechanisms of decision-making in health and disease.”