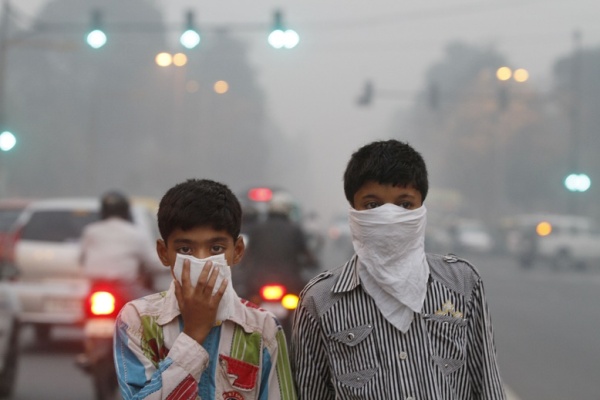 Smog has been a part of modern life since the industrial revolution, unfortunately all that pollution isn’t just hurting the environment — but come on, you saw this coming… right? New research from Sweden indicates that dispensed medication for psychiatric diagnosis can be related to air pollution concentrations. More and more studies show that the brain and human cognitive development are affected by pollution.

In a new study, the correlation between exposure to air pollution in residential areas and children’ and adolescents’ psychiatric health was looked at. This was done by looking at register-based data, where dispensed medications of all Swedes are registered, together with Swedish National Register data of air pollution concentrations. The entire population under 18 in the Swedish counties of Stockholm, Västra Götaland, Skåne and Västerbotten were studied.

The results show that air pollution increased the risk of having dispensed medication for at least one psychiatric diagnosis for children and adolescents, the risk increased with 9% with a 10 microgram per cubic meter increased concentration of nitrogen dioxide even after socioeconomic and demographic factors were taken into account.

“The results can mean that a decreased concentration of air pollution, first and foremost traffic-related air pollution, may reduce psychiatric disorders in children and adolescents,” says researcher Anna Oudin, who led the study.

But really, did we expect to see some different result? Pollution is called pollution for a reason, because it is waste, garbage, and typically toxic to humans or at the very least the environment. No one should be breathing in car exhaust — yet we do it all the time to a certain extent — meanwhile in China…