Day 302: The supreme court weighs in and LGBTQ+ lives matter! 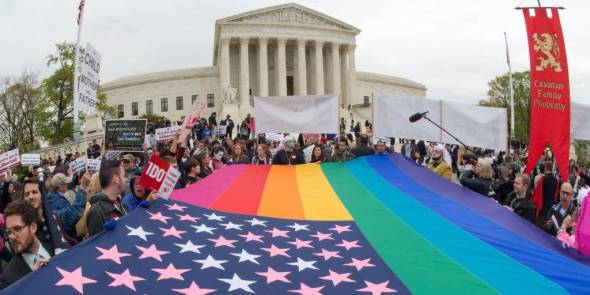 Another day, another set of weird and unexpected events. Yesterday we mourned for our beloved wendy’s, today we see the supreme court ruled in favor of protecting LGBTQ+ individuals from losing their jobs because they are LGBTQ+. Yes, some good news and yes, I’m just a scared that it’s somehow a trap as you may be.

They also refused to hear arguments about some gun laws, which is a win for those of us who believe you don’t need to hand out a semi-automatic rifle to anyone who wants one just because the second amendment talks about having a well regulated militia. That’s getting off topic, I just love that it pisses off the people with more guns than intelligence.

So Trump rolls back health care protections for LGBTQ+ people while the supreme court says you cannot fire someone because they are LGBTQ+ . All during pride month no less. It’s sad that there is now this active war on LGBTQ+ people just because people want to feel superior. I’ve already covered the biology and why LGBTQ+ people are just an extension of our beautifully complex biology and a reminder that our oversimplification of binary genders/sex isn’t real (you can read that here).

On one hand I’m happy the supreme court put a stop to some of this bigotry despite trump stacking the courts in his favor. On the other hand, we’ve already seen LGBTQ+ people dying because they can’t get the care they need and deserve. It scares me, because while the courts acknowledged that LGBTQ+ people have a right to exist without discrimination at work, proving there was discrimination is hard if not impossible. In short, it’s a hollow victory and one that pales in comparison to the loss of any sort of protections for the right to healthcare.

This doesn’t mean that I’m forgetting about my black lives matter family. It just means that I’m happy and very sad for my LGBTQ+ family. I say family because let’s face it, we’re all family here on this small, stupid, insignificant planet. We might as well act like it. I’m not black, nor am I LGBTQ+. I’m not part of those communities, so I don’t claim to be, but I say they are my family because I would do everything in my power for the people in those communities. Just like I would if they were related to me by birth. It’s the least we tiny humans can do for each other.

So while we celebrate, we still have so much more work to do. We push on so that generations from now when people look back, they will remember that this was where it started. This is where we tore everything down and rebuilt a more equitable system that treated everyone with the compassion and love they deserve. We protest for our future and I hope you will protest with us!

This entry was posted on June 16, 2020 by The Lunatic. It was filed under 365 Days of Academia - Year one and was tagged with daily routine, LGBTQ, Politics, supreme court, trans lives matter.