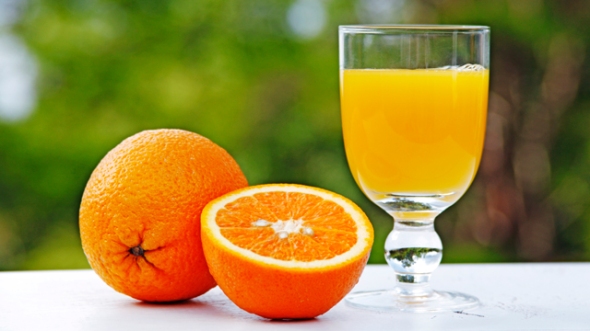 Well, no, not quite. But new research shows that vitamin C can improve the response of the chemotherapy drugs. The tests, which have primarily been done on mice and in the lab,  show promise for future options in treatment.

Vitamin C, which is water soluble, easily passed from the body, and has low side-effect risk might be the key to better cancer therapies. If larger trials show promise, this could prove to be a low-cost addition to treatments already in place.

In the Science Translational Medicine article, the scientists involved are calling for large-scale government clinical trials.

This isn’t really new news, in the 1970’s the chemist Linus Pauling reported that giving vitamin C intravenously was effective in the treatment of cancer. This is probably why alternative medicine has used vitamin C therapy in their treatments.

Unfortunately, since vitamin C is so readily excreted by the body the clinical trials that were carried out with oral doses failed to replicate the effect and so the research was abandoned.

It turns out the trick is giving the vitamin C intravenously [IV]. When given by injection the vitamin C is absorbed into the body and preferentially “targets” cancer cells, while not harming normal cells in the body.

This treatment, along side standard chemotherapy drugs, worked to slow tumor growth in studies done with mice. What is even more interesting, in the small scale human trials that were done, patients reported fewer side-effects when they were given the vitamin C alongside the chemotherapy that they normally received.

Unfortunately, the study was done with just 22 patients — whether IV vitamin C treatment has any effect on the long term survival of patients is unclear.

So far so good, right? Well no, vitamin C will most likely not get picked up by pharmaceutical companies because as a vitamin, there is no patent to have. This means that there will be no real money to make from pursuing any sort of investment.

This makes vitamin C research a bad investment for any company that is profit driven. Of course any possible treatment needs to be evaluated in large scale clinical trials to determine if it truly is safe and effective in the treatment of cancers.

So will the US government pick up the [relatively] large tab for the research needed? That remains to be unseen for now.

What is known however, is that here in the U.S., politicians look at the bottom line for any sort of funding and with no money to be made back on an investment like this, it doesn’t seem likely that the money needed will be forthcoming.

This is just one of many reasons why government funding for science should not be cut, even in the face of a recession. But that is a whole other topic all together. Right now, all we can do is cross our fingers and hope that maybe, just maybe, someone will realize that a profit driven medical research model just might not be the best idea for the people.

A guy can dream.

This entry was posted on February 13, 2014 by The Lunatic. It was filed under Biology, Politics and was tagged with blog, cancer, health, medicine, political issues, science.