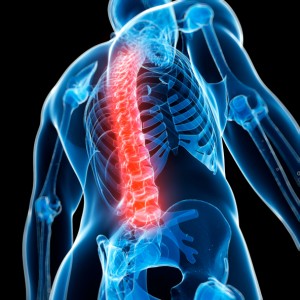 Why is it that when you break a bone, it heals, but when something happens to your spinal cord, the nerves don’t repair themselves? A new study in the Journal of Nature Communications now helps shed some light on just why that is.

It sounds like the only difference is the roll that is played in the body– either translate external and internal stimuli or process that stimuli. However there is one other key difference, when your peripheral nervous system is damaged certain genes are triggered to initiate a repair response. When the central nervous system is damaged, like the spinal cord for example, their is no repair response.

Researchers discovered that the issue isn’t genetic, since every cell in the body has the same genetic makeup, it lays in how those genes are read. Epigenetics is the science behind reading genes, if your genetic code was sheet music, studying how the musician decides to play that music, would be epigenetics.

With that in mind, the researchers looked to how the peripheral nervous system read the genes to initiate the repair response. They found that a protein called PCAF was released, which promotes key gene expression following injury, but the protein was not released when the CNS was damaged.

Armed with this data, researchers injected the PCAF protein into mice with damage to the central nervous system. The number of nerve fibers that grew back was significantly increased, this suggests that there is a potential chemical control to allow for CNS repairs.

Trials for something like this would still be 10-15 years away, but the research is exciting. Now researchers need to discern if the PCAF protein mediated repair process is enough to regain function of the CNS after damage in mice. If successful, the research could pave the way for the development of a drug that could repair the CNS nerves in a similar way that the PNS nerves repair.

This entry was posted on April 6, 2014 by FullMetal. It was filed under Genetics and was tagged with epigenetics, Genetics, health, medicine, neurology, paralyzed, science.