How a Mother’s Diet Shapes a Child 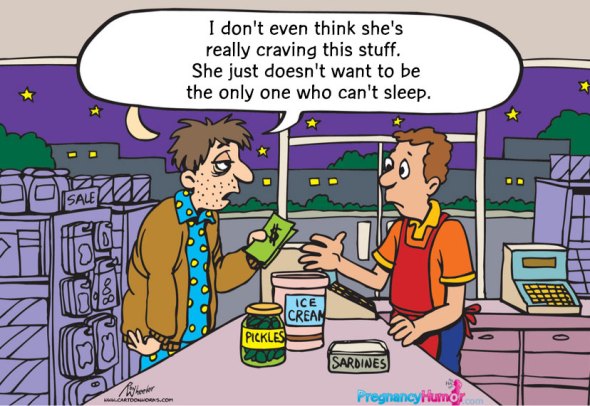 Peanut butter and pickles, yummy… well maybe if you are pregnant, speaking of which, [see how that works?] researchers from the MRC International Nutrition Group, based at the London School of Hygiene & Tropical Medicine have shown a link between a mother’s diet before conception and the effect it has on a babies genes.

The study, which was done in rural Gambia, where the population’s dependence on locally grown foods and a very different seasonal climate impose a large difference in the eating habits between rainy and dry seasons, gave researchers the ability to look specifically at the how diet would affect the genes in an unborn child.

After a selection process of over 2,000 women, the researchers looked at pregnant women who conceived at the peak of rainy season [84 women] and the peak of the dry season [83 women]. They then started by testing the concentration of nutrients in the women’s blood and after birth analysing blood and hair follicle samples from the infants [between 2-8 months old]. They found that a mother’s diet before conception had a significant effect on the DNA of her child.

We all know that genes are inherited from a child’s parents, but how those genes get expressed is controlled via epigenetics [my favorite example is if genes are musical notes how a musician would interpret those notes is epigenetics] and epigenetic modifications to the DNA.

Experiments in mice have already shown that environmental influences before conception can cause epigenetic changes that affect an offspring. For example a female mouse’s diet can change her offspring’s coat color. But until this study was done, it wasn’t known if this effect happened in humans as well.

The end result from the study showed that the infants from rainy season conceptions had consistently higher rates of methyl groups present in the six genes that the group was studying [Loony Hint: in the simplest terms methylation of DNA activates it somehow]. The only sticking point in this study, even though these effects were observed, it is unknown how this consequence will affect the child.

Andrew Prentice, Professor of International Nutrition at the London School of Hygiene & Tropical Medicine, and head of the Nutrition Theme at the MRC Unit, The Gambia, said:

“Our on-going research is yielding strong indications that the methylation machinery can be disrupted by nutrient deficiencies and that this can lead to disease. Our ultimate goal is to define an optimal diet for mothers-to-be that would prevent defects in the methylation process. Pre-conceptional folic acid is already used to prevent defects in embryos. Now our research is pointing towards the need for a cocktail of nutrients, which could come from the diet or from supplements.”

Already know what a methyl group looks like? [Me too I hated but I hated O-chem] You probably want the full study which is —here!

This entry was posted on April 30, 2014 by FullMetal. It was filed under Biology, Women's Health and was tagged with children, DNA, Genetics, health, medicine, mother, pregnancy, science.