Ever wonder how the brain maps our world? 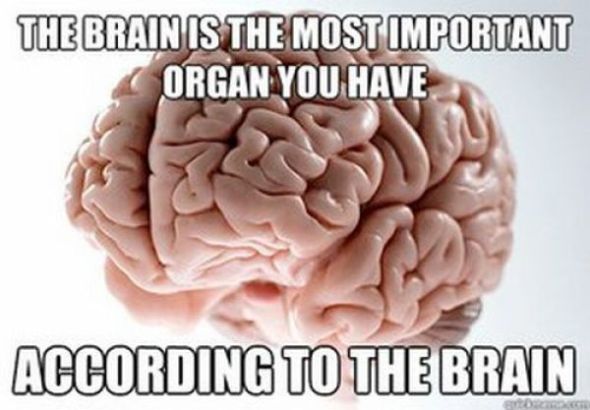 Sometimes we go into automatic, that “new” coffee shop on your way to work you just noticed, well it has been there for weeks. We can gauge where we are from just about anywhere we have already been. Giving directions, well some of us can never do that, yet we can still get from point A to B easy enough. Yet if we were to drive or even walk backwards and the world wouldn’t feel quite right, things would feel and seem just a little weird — not just because we are used to seeing things pass us by as we go forward.

It turns out, thanks to  a new study, moving forward actually trains the brain to perceive the world normally. The findings also show that the relationship between neurons in the eye and the brain is more complicated than previously thought—in fact, the order in which we see things could help the brain calibrate how we perceive time, as well as the objects around us.

“We were trying to understand how that happens and the rules used during brain development,” said the study’s senior author Hollis Cline.

Previous studies had shown that people use the visual system to create an internal map of the world. The key to creating this map is sensing the “optic flow” of objects as we walk or drive forward. “It’s natural because we’ve learned it,” said Cline.

To study how this system develops, the team used transparent tadpoles to watch as nerve fibers, called axons, developed between the retina and the brain. The scientists marked the positions of the axons using fluorescent proteins.

The tadpoles were split into groups and raised in small chambers. One group was shown a computer screen with bars of light that moved past the tadpoles from front to back—simulating a normal optic flow as if the animal were moving forward. A second group saw the bars in reverse—simulating an unnatural backwards motion. Using the TSRI Dorris Neuroscience Center microscopy facility, Hiramoto then captured high-resolution images of these neurons as they grew over time.

The researchers found that tadpoles’ visual map developed normally when shown bars moving from front to back. But tadpoles shown the bars in reverse order extended axons to the wrong spots in their map. With those axons out of order, the brain would perceive visual images as reversed or squished.

This discovery challenges a rule in neuroscience that dates back to 1949. Until now, researchers knew it was important that neighboring neurons fired at roughly the same time, but didn’t realize that the temporal sequence of firing was important.

“According to the old rule, if there was a stimulus that went backwards, the map would be fine,” said Cline.

The new study adds the element of order. The researchers showed that objects moving from front to back in the visual field activated retinal cells in a specific sequence.

This link between time and space in the visual system might also apply to hearing and the sense of touch. The original question of how the visual system gets “tuned” over time might be applicable across the entire brain.

The researchers believe this study could have implications for patients with sensory and temporal processing disorders, including autism or even in a mysterious disorder called Alice in Wonderland syndrome — where a person perceives objects as disproportionately big or small.Of course the implications are bigger than just that, the new study offers possibilities for retraining the brain to map the world correctly, for instance after stroke.

I don’t know about you guys, but I am horrible at giving directions and if you are in the same boat, well then who knows, maybe we are just wired differently.

Sources:
Hiramoto M, & Cline HT (2014). Optic flow instructs retinotopic map formation through a spatial to temporal to spatial transformation of visual information. Proceedings of the National Academy of Sciences of the United States of America PMID: 25385606

This entry was posted on November 12, 2014 by FullMetal. It was filed under Neuroscience Research and was tagged with health, medicine, neurology, peer reviewed, science.