Diabetes drug found in freshwater potential cause of intersex fish 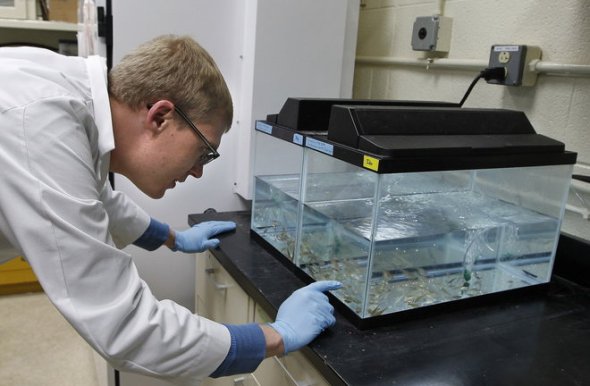 UWM School of Freshwater Sciences researcher Nicholas Niemuth studies minnows that are being raised in water heavy with pharmaceuticals to measure the drugs’ effects.

A medication commonly taken for Type II diabetes, which is being found in freshwater systems worldwide, has been shown to cause intersex in fish –or male fish that produce eggs. The study determined exposure to the diabetes medicine metformin causes physical changes in male fish exposed to doses similar to the amount in wastewater effluent.