Exposure to violence makes you more likely to lie, cheat 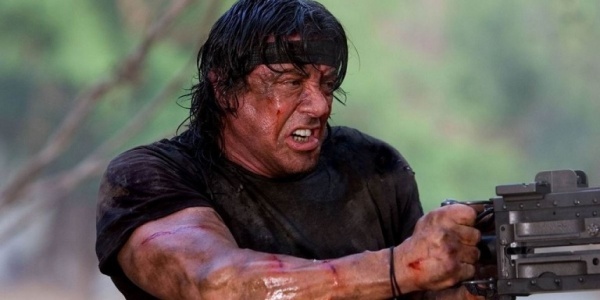 Can watching a violent movie make you more likely to lie, cheat or steal? What about reading a violent book? While that may seem like a stretch, a new research study shows it may be the case. The study finds that exposure to human violence is strongly linked to an increase in cheating for monetary gain. In other words, violence may be making us less ethical.

“Research shows that violent media increases aggressive behavior towards others, but what we’re showing here is that it goes beyond that,” said study coauthor Josh Gubler, a professor of political science at BYU.

Gubler and coauthor David Wood, a professor of accounting in the Marriott School of Management, carried out three experiments with roughly 1,000 participants (recruited from Amazon’s Mechanical Turk) for the study.

In the first experiment, participants were paid to review sentences and edit those with mistakes. Half of the participants were given sentences with violent language. Subjects were told they would be paid whether or not they were correct, providing an incentive to mark all sentences “correct” to earn money quicker. Those who reviewed violent sentences were 24 percent more likely to cheat.

In another experiment, participants were hired to watch and evaluate movie clips. (They were told they needed to watch the entirety of all the clips to be paid.) One clip consisted of 10 minutes of a blue screen with a monotone voiceover. The researchers found those who viewed violent movie clips were more likely to lie about watching all the videos.

Surprisingly, while both male and female test subjects responded to violently worded media (experiment 1), only the men’s ethics were negatively influenced by violent videos.

“We have whole industries that glorify violence–in video games, in media, in Hollywood–and then, on the opposite side, we have a significant body of research showing very serious effects to this,” Wood said.

“There is a disconnect between what science is saying and what we choose to do in society.”

One such study, published in 2009, found that subjects who played violent video games for only 20 minutes took five times longer to help a person in need. The study also found that people who had just seen a violent film took 26 percent longer to help an injured woman.

Last year the journal, Psychology of Popular Media Culture, published a study showing the majority of media researchers, not to mention parents and pediatricians, see the link between violent media and increased aggression.

Wood believes our society needs to have a “really serious gut check” and ask why we tolerate and glorify violence. He and Gubler said their study is the latest to show that violent media has more negative impacts than most people imagine.

“We hope this provides another piece of evidence to the debate we’re having within western society of the effects of media on behavior,” Gubler said.

“We hope this information informs parents and communities as they make decisions about what types of media they consume.”

This entry was posted on December 3, 2015 by The Lunatic. It was filed under Ethics, Neuroscience Research, Psychology and was tagged with behavioral science, health, mass media, Mental Health Stuff, neurobiology, neurology, peer reviewed, psychology, science.