So, our immune cells don’t see some carbon nano invaders… 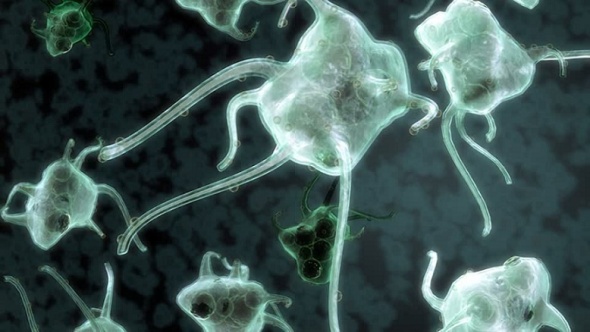 Scientists at the University of Michigan have found evidence that some carbon nanomaterials can enter into immune cell membranes, seemingly going undetected by the cell’s built-in mechanisms for engulfing and disposing of foreign material, and then escape through some unidentified pathway.

The researchers from the School of Public Health and College of Engineering say their findings of a more passive entry of the materials into cells is the first research to show that the normal process of endocytosis–phagocytosis isn’t always activated when cells are confronted with tiny Carbon 60 (C60) molecules.

Nanomaterials are small accumulations of atoms, usually measuring from 1-100 nanometers. As reference, a human hair is about 75,000 nanometers wide. This study examined nanomaterials known as carbon fullerenes, in this case C60, which has a distinct spherical shape.

Over the last decade, scientists have found these carbon-based materials useful in a number of commercial products, including drugs, medical devices, cosmetics, lubricants, antimicrobial agents and more. Fullerenes also are produced in nature through events like volcanic eruptions and wildfires.

The concern is that however exposed, commercially or naturally, little is known about how inhaling these materials impacts health.

“It’s entirely possible that even tiny amounts of some nanomaterials could cause altered cellular signaling,” said Martin Philbert, dean and professor of toxicology at the U-M School of Public Health.

Philbert said much of the previously published research bombarded cells with large amounts of particle clusters, unlike a normal environmental exposure.

The U-M researchers examined various mechanisms of cell entry through a combination of classical biological, biophysical and newer computational techniques, using models developed by a team led by Angela Violi to determine how C60 molecules find their way into living immune cells of mice.

They found that the C60 particles in low concentrations were entering the membrane individually, without perturbing the structure of the cell enough to trigger its normal response.

“Computational modeling of C60 interacting with lipid bilayers, representative of the cellular membrane, show that particles readily diffuse into biological membranes and find a thermodynamically stable equilibrium in an eccentric position within the bilayer,” said Violi, U-M professor of mechanical engineering, chemical engineering, biomedical engineering, and macromolecular science and engineering.

“The surprising contribution of passive modes of cellular entry provides new avenues for toxicological research, as we still don’t know exactly what are the mechanisms that cause this crossing.”

So if our constant and largely unregulated pollution of the environment wasn’t scary enough, there is always this.

This entry was posted on February 24, 2016 by The Lunatic. It was filed under Biology, Environment and was tagged with cell biology, health, materials science, medicine, peer reviewed, physics, public health, science.