The molecular link between psychiatric disorders and type 2 diabetes 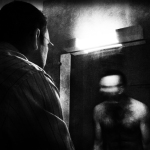 There may be a genetic connection between some mental health disorders and type 2 diabetes. In a new report, scientists show that a gene called “DISC1,” which is believed to play a role in mental health disorders, such as schizophrenia, bipolar disorder and some forms of depression, influences the function of pancreatic beta cells which produce insulin to maintain normal blood glucose levels.