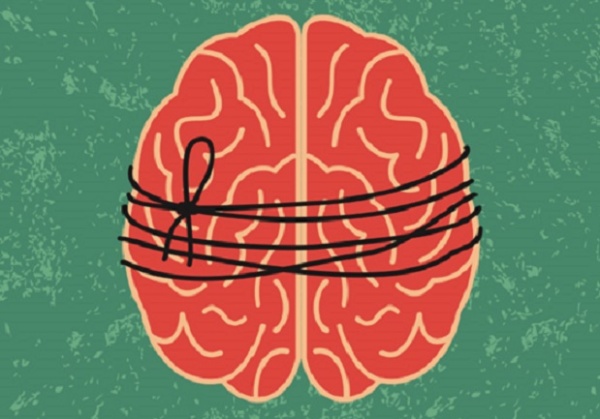 Recently, scientists discovered a new learning rule for a specific type of excitatory synaptic connection in the hippocampus. These synapses are located in the so-called CA3 region of the hippocampus, which plays a critical role for storage and recall of spatial information in the brain. One of its hallmark properties is that memory recall can even be triggered by incomplete cues. This enables the network to complete neuronal activity patterns, a phenomenon termed pattern completion.

Researchers investigated how the strength of connections between neurons is adjusted, taking into account the relative timing of firing neurons. In neuroscience, this is known as spike-timing-dependent plasticity or STDP. According to the STDP rule, neuron A has to fire just before neuron B so that the synaptic connection becomes stronger with time. In the case of a reverse order–neuron B fires before neuron A–the connection between the neurons may become weaker.

Yet in apparent contrast to this rule, the team discovered in their experiments that a reverse order also leads to stronger connections between the investigated synapses (CA3-CA3 recurrent excitatory synapses). Surprisingly, a potentiation takes place independent of the order of firing. So if the sequence is not important at these particular synapses, why is this the case?

To address this question, researchers performed various cutting-edge measurements with extremely high precision. These included patch-clamp recordings to control which neurons fire at what time, imaging of calcium molecules, which play a critical role in synaptic plasticity, and subcellular recordings of electrical signals in dendrites.

All data resulted in the same symmetric summation curves. Thus, the unusual induction curve of potentiation is generated by the properties of calcium signaling, which is in turn explained by the characteristics of electrical signaling in dendrites.

The scientists subsequently investigated what happens if a huge number of neurons is being connected via excitatory synapses in a network model. To this end, they ran computer simulations after incorporating different plasticity induction rules.

They compared the results of simulations with the new symmetric plasticity induction rule with those of a conventional rule. The outcome clearly demonstrated that patterns could be better restored from partial cues when the new symmetric rule was applied.

“The new plasticity induction rule may explain why learning in vivo occurs robustly under a variety of behavioral conditions. For example, it may explain storage and recall of cell assembly patterns of freely moving animals in open fields, as previously found by the systems neuroscience groups of IST Austria,” says Professor Peter Jonas.

The new data seem to be in contrast to classical STDP induction rules at other glutamatergic synapses. Do they violate the Hebb rule?

“If you read the classical Hebb text carefully, it states: ‘If the axon of a cell A is near enough to excite cell B […], A’s efficiency, as one of the cells firing B, is increased’. However, there is no mentioning of depression. So the new data do not violate Hebb’s postulate, but may confirm it in the literal sense,” Professor Jonas said.

This entry was posted on May 13, 2016 by The Lunatic. It was filed under Neuroscience Research and was tagged with behavioral science, cell biology, education, learning, neurobiology, neurology, peer reviewed, psychology, science.