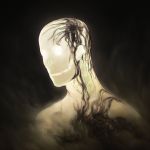 Fun fact those of us who suffer from mental illness are more likely to harm ourselves than others. That isn’t to say it doesn’t happen, but the rate of violent behavior among people who have mental illness is no higher than the average. So when a politician, who isn’t even qualified to speak on the topic, much less give an option, blames mental health for…. oh I don’t know someone shooting a school, it makes me angry. Being an asshole isn’t a mental illness and going on a murder spree doesn’t qualify as a mental illness. The problem isn’t mental illness, it’s access to firearms. Yes, I’m am a monster, but the only one in danger is me.