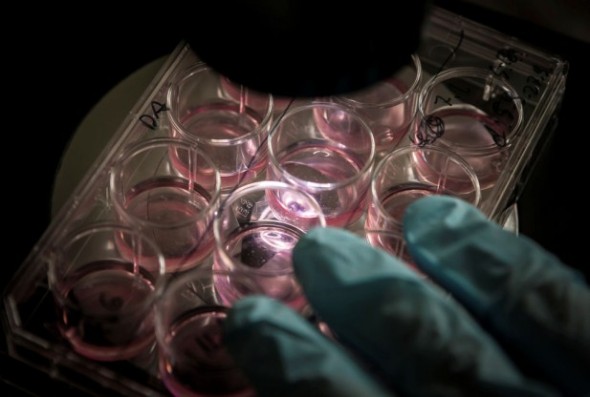 For those of us who were following stem cell news, recently the field had a huge setback when a paper, that offered a cheap and novel way to create stem cells, was retracted from publication. Regenerative medicine aims to replace lost or damaged cells, tissues or organs through cellular transplantation, but the promise to a better life has been hampered. Because stem cells derived from human embryos can trigger ethical concerns, a good solution is reprogramming adult cells back to an embryo-like state using a combination of reprogramming factors. Unfortunately that has been easier said than done.

The resulting cells, called induced pluripotent stem cells (iPSCs), could be used to replace those lost to damage or disease. However, scientists have discovered that the process of reprogramming adult cells can introduce genetic abnormalities that limit the cells’ usefulness in research and medicine because these genetic abnormalities typically lead to cancer or the inability to be pluripotent.

To make iPSCs, scientists expose adult cells to a cocktail of genes that are active in embryonic stem cells. iPSCs can then be coaxed to differentiate into other cell types such as nerve or muscle. However, the standard combination of factors used to reprogram cells leads to a high percentage of serious genomic aberrations in the resulting cells. (For those who think there is a quiz at the end the reprogramming factors are Oct4, Sox2, Klf4, and Myc — known collectively as OSKM).

The new SNEL cocktail created fewer colonies of iPSCs, but approximately 80% of those produced passed the most stringent pluripotency test. This is highly preferable to the traditional OSKM cocktail, which produces a large number of colonies but the majority of which fail the pluripotency test.

Researchers think that SNEL may reprogram cells better than OSKM because it does not rely on the master regulators Oct4 and Sox2, which might activate part of the adult cell genome. According to Buganim, the research demonstrates the effectiveness of bioinformatics tools in producing high quality iPSCs.

The new finding takes the regenerative medicine field one step closer to the clinic, where it may be able to help patients in need of cellular transplantation therapy. So what’s next? The researchers will now seek to define the optimal combinations for reprogramming human iPSCs, which are unfortunately harder to reprogram than mouse cells, which also means that the SNEL cocktail might not work with human cells, fingers crossed.

This entry was posted on September 16, 2014 by FullMetal. It was filed under Genetics, Health and Medicine and was tagged with DNA, Genetics, health, iPSC, medicine, science, stem cells.