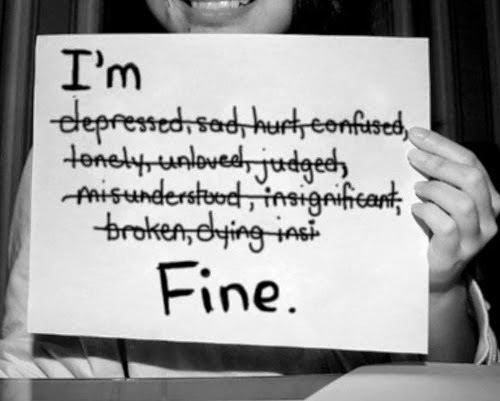 Having friends who suffer from depression doesn’t affect the mental health of others, according to research. The team found that having friends can help teenagers recover from depression or even avoid becoming depressed in the first instance. The findings are the result of a study of the way teenagers in a group of US high schools influenced each others’ mood. The academics used a mathematical model to establish if depression spreads from friend to friend.

“Depression is a major public health concern worldwide. But the good news is we’ve found that a healthy mood amongst friends is linked with a significantly reduced risk of developing and increased chance of recovering from depression,” Professor Frances Griffiths said.

“Our results offer implications for improving adolescent mood. In particular they suggest the hypothesis that encouraging friendship networks between adolescents could reduce both the incidence and prevalence of depression among teenagers.”

Using data from The National Longitudinal Study of Adolescent to Adult Health they looked at more than 2,000 adolescents in a network of US high school students. They examined how their mood influenced each other by modelling the spread of moods using similar methods to those used to track the spread of infectious diseases.

Individuals were classified as either having depressive symptoms (low mood) or not being depressed (healthy mood) according to the score cut-off associated with a clinical diagnosis of depression.

“In the context of depression, this is a very large effect size. Changing risk by a factor of two is unusual,” Edward Hill, lead author said.

“Our results suggest that promotion of any friendship between adolescents can reduce depression since having depressed friends does not put them at risk, but having healthy friends is both protective and curative.”

Social factors such as living alone or having experienced abuse in childhood are already linked to depression. Also social support, such as having someone to talk to has been cited as important for recovery from depression.

However this study looks at the effect of being friends with people on the likelihood of developing depression or recovering from it.

“It could be that having a stronger social network is an effective way to treat depression. More work needs to be done but it may be that we could significantly reduce the burden of depression through cheap, low-risk social interventions,” said Dr Thomas House.

“As a society, if we enable friendships to develop among adolescents (for example providing youth clubs) each adolescent is more likely to have enough friends with healthy mood to have a protective effect. This would reduce the prevalence of depression.”

This entry was posted on August 19, 2015 by FullMetal. It was filed under Neuroscience Research, Psychology and was tagged with behavioral science, depression, health, medicine, neurobiology, neurology, peer reviewed, psychology, public health, science.