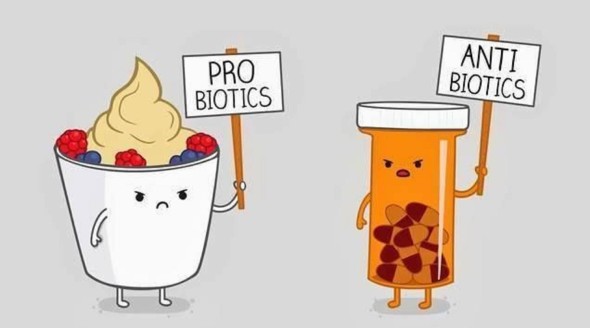 Antibiotic resistance, a hot topic lately here at the labs, as evidence by this recent post. So it is fortuitous that I stumbled upon this little bit of research that suggests scientists (using a “revolutionary” approach) have devised an antibiotic that may offset the mounting problem of drug resistance for decades… hopefully.

Tested on lab mice—it could take five or six years to be authorised for humans—the drug could open a new front in the war on bacterial disease. Called teixobactin, it hails from a new tool to screen for soil bacteria that exude natural antibiotic compounds.

In lab dish experiments, teixobactin killed resistant strains of tuberculosis and Staphylococcus—a source of skin, blood and lung infection—as well as anthrax and Clostridium difficile, a cause of diarrhoea. It also cured mice infected with high doses of a superbug strain of Staphylococcus aureus.

Teixobactin performed as well as vancomycin, a powerful antibiotic generally used as a last resort against bacteria that can’t be treated with first-line drugs but which has itself also started encountering resistance, but best part is that the mice showed no side effects.

“[If all goes well, the new medicine] will be in clinical trials two years from now,” said Kim Lewis, who is also a consultant for a pharma company, Novobiotic, which funded the research.

The drug works by binding to fatty molecules that are the building blocks for bacterial cell walls. The binding point is “highly conserved,” meaning it is less prone to mutation—which is the evolutionary process that drives drug resistance. The short explanation is that we place selective pressure on it because we kill off all the harmful bacteria besides the 0.00001% that manage to survive and over generations it becomes the prevalent strain.

“It took 30 years for vancomycin to become resistant,” Lewis said.

Development of resistance for teixobactin “will take more than 30 years,” he hoped.

Experts have sounded ever-louder warnings about the toll of antibiotic resistance in lives and health costs as tougher bugs become harder to defeat. Decades-long misuse of licensed drugs gave rise to the resistant strains, and big pharma spending on antibiotics discovery has failed to keep apace.

The most successful antibiotics, such as penicillin and streptomycin, were discovered during a “golden age” of research from the 1940s to the 1960s, derived from microbes which live in soil. But it has become harder—and thus more expensive—to isolate new antibiotics from this source, and attempts to create synthetic alternatives have borne little fruit.

The new approach uses a screen called iChip — since it’s trendy to throw an i in the front of a word– a palette with tiny wells each seeded with a single, different bacterial cell. Taken from the soil for tests as before, the bacteria are no longer cultivated in a lab dish, but placed in the iChip back in the soil for a week or two to reproduce in their natural environment.

They grow more easily this way, and each iChip yields several types of bacteria at once—each of which are then tested to see if they kill S. aureus. Teixobactin came from a study of 10,000 germs which yielded a shortlist of 25 bacteria of interest. This tally was finally narrowed to one—a new species of so-called beta-poteobacterium called Eleftheria terrae, whose active compound was then isolated.

If clinical trials find it is safe and effective, teixobactin will be the first of a brand-new pharmaceutical category called lipid II binding antibiotics.

Teixobactin attacks so-called Gram-positive bacteria but not the Gram-negative class that includes the intestinal bug Escherichia coli, where resistance is also a big problem.

However, the iChip opens a way for finding more new drugs.

“It is likely that additional natural compounds with similarly low susceptibility to resistance are present in nature and waiting to be discovered,” the paper said.

“[The screening tool] could be a game changer,” Laura Piddock said in a separate reaction.

“It allows compounds to be isolated from soil, producing micro-organisms that do not grow under normal laboratory conditions.”

While I am hesitant to scream the great news from the rooftops because of the affiliation to Novobiotic, however it is admittedly a pretty cool discovery and at the very least a nice piece of new technology. Hopefully we will find better ways to deal with them, like bacteriophages, or maybe finding ways to target the human vulnerabilities to eliminate the selective pressure we place on the bacteria.

This entry was posted on January 7, 2015 by The Lunatic. It was filed under Biology, Health and Medicine and was tagged with antibiotic resistance, antibiotics, bacteria, health, medicine, science.