Suicide and skin color, or how being black is killing you 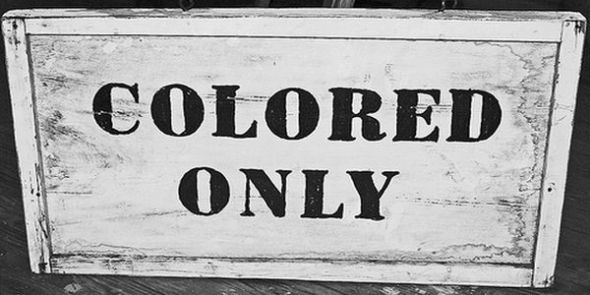 The great racial divide, despite all the evidence showing that racism, hate and frankly plain stupidity is alive and well, there are people who cannot accept it. This probably will not change anything for those people, but for the first time a new study shows that while suicide rates in children younger than 12 have remained steady for the past 20 years, there are significantly higher suicide rates among black children.

Led by researchers at Carnegie Mellon University, the Research Institute at Nationwide Children’s, the National Institute of Mental Health and The Ohio State University, the report’s analysis showed that suicide ranked 14th as a cause of death among 5- to 11-year-old black children from 1993-1997 but rose to ninth from 2008-2012. For white children, suicide ranked 12th from 1993-1997 and 11th from 2008-2012. Rates have remained stable in Hispanic children and children of other races.

“Little is known about the epidemiology of suicide in this age group,” said Jeff Bridge, lead researcher of the study and principal investigator at the Center for Innovation in Pediatric Practice at the Research Institute at Nationwide Children’s.

“Prior research has typically excluded children younger than 10 years old and investigated trends only within specific older age groups.”

The findings highlight an emerging racial disparity in the epidemiology of childhood suicide, but why this disparity exists is not well defined. The researchers believe that factors influencing black youth, including increased exposure to violence and traumatic stress, early onset of puberty, and lower likelihood to seek help for depression, suicidal thoughts and suicide attempts, may be contributing to the disparity, but the specific impact of each of these risks is unclear, according to the study.

“These trends are alarming and signal a need for more proactive public health interventions, especially with respect to the use of hanging and suffocation as the main method of suicide in these young children,” said Joel Greenhouse.

Bridge, who also is an associate professor of pediatrics at Ohio State, points out that further studies are needed to monitor these emerging trends and identify risk, and protective and predictive factors relevant to suicide prevention efforts in children younger than 12.

“We are currently working on a follow-up study to investigate precipitants of suicide that distinguish children under the age of 12 from early adolescents,” Bridge said.

“We may need to tailor suicide prevention interventions for younger children if we find that the factors contributing to child suicide are different than those associated with adolescent suicide.”

We as a species often wonder where all the life is in the universe. But really, if there were beings out there smart enough to travel those vast distances, why would they want to come here when we can’t even treat people who are exactly the same, as equals?

This entry was posted on May 19, 2015 by The Lunatic. It was filed under Ethics, News and was tagged with behavior science, depression, health, mathematics, Mental Health Stuff, peer reviewed, political issues, science, social science, statistics, suicide, suicide prevention.