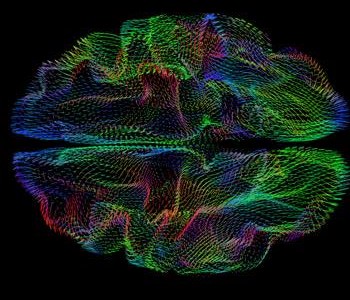 In the study, the researchers found that the shape of the cerebral cortex correlates with genetic ancestry. Image credit goes to: UC San Diego

Researchers at the University of California, San Diego and the School of Medicine have found that the three-dimensional shape of the cerebral cortex – the wrinkled outer layer of the brain controlling many functions of thinking and sensation – strongly correlates with ancestral background. The study opens the door to more precise studies of brain anatomy going forward and could eventually lead to more personalized medicine approaches for diagnosing and treating brain diseases.

“If we can account for a large percentage of brain structure based on an individual’s genes, we’re in a better position to detect smaller variations in the brain that might be important in understanding disease or developmental issues,” said the study’s senior author Anders Dale, PhD.

In their study, the researchers found they could predict with “a relatively high degree of accuracy an individual’s genetic ancestry based on the geometry of their cerebral cortex.”

They found no relationship between brain shape and functional or cognitive abilities, but rather a trove of information about how minute differences in brain geometry could be correlated with genetic lineage.

“Even in the modern contemporary U.S. population, with its melting pot of different cultures, it was still possible to correlate brain cortex structure to ancestral background.”

Four continental populations were used as ancestral references: European, West African, East Asian and Native American. The metrics for summarizing genetic ancestry in each ancestral component were standardized as proportions ranging from 0 to 100 percent.

“We looked to see how well we could predict how much genetic ancestry they had from Africa, Europe and so forth,” said study co-author Terry Jernigan, PhD, professor of cognitive science, psychiatry and radiology, adding that cortex differences between various lineages were focused in certain areas.

“There were various systematic differences, particularly in the folding and gyrification patterns of the cortex,” said Jernigan, also director of the university’s Center for Human Development. “Those patterns were quite strongly reflective of genetic ancestry.”

The researchers reported that the cortical patterns accounted for 47 to 66 percent of the variation among individuals in their genetic ancestry, depending on the ancestral lineage.

The researchers analyzed data from the Pediatric Imaging, Neurocognition and Genetics (PING) study, a major data collection project funded by the National Institute on Drug Abuse and the National Institute of Child Health and Human Development in 2009. The project collected neuroimaging and genotyping data from more than 1,200 children and adolescents at 10 sites in the United States to create a data repository to advance research efforts worldwide. UC San Diego was the coordinating center for the PING study and Dale and Jernigan were its co-principal investigators.

Jernigan said the research team used a subset of PING data for the brain cortex study, analyzing genetic and neuroimaging information from 562 children aged 12 years and older, a group chosen because the cortex surface changes little after age 12. First, the genetic data for each of the individual children was analyzed to determine their different ancestral lineages. Next, the researchers took the children’s neuroimaging scans and analyzed them using a sophisticated brain imaging analysis software suite, known as FreeSurfer, originally developed by Dale and colleagues at UC San Diego in 1993 and now widely used by the research community.

The software used quantitative modeling and algorithms to map the shape of the cerebral cortex. The results were compared to the individuals’ genetic data and patterns linked to genetic lineage emerged.

“There was a lot of variability in our participant population,” said Jernigan, explaining that the children’s genetic results ran along a continuum, where a child might be 40 percent one lineage and 60 percent another.

Dale said the differences in cortex shapes between the various ancestries are “subtle, but systematic.” He said understanding these differences will be important in refining future brain research and also in creating appropriate standards of comparison for the various ancestral groups, and for those which are a mixture of different groups.

“In order to understand what might be abnormal for a particular individual, it is very important to control for the differences in brain structure that are simply reflective of genetic ancestry.”

“We need to develop better genetically informed analysis for detecting abnormalities in the brain and for measuring differences in the brain that might account for disease symptoms. This study is a step in the right direction and has implications for how people conduct brain research going forward,” Jernigan agreed.

This entry was posted on July 9, 2015 by The Lunatic. It was filed under Engineering, Neuroscience Research and was tagged with behavioral science, cell biology, DNA, Genetics, health, medicine, neurobiology, neurology, peer reviewed, science.