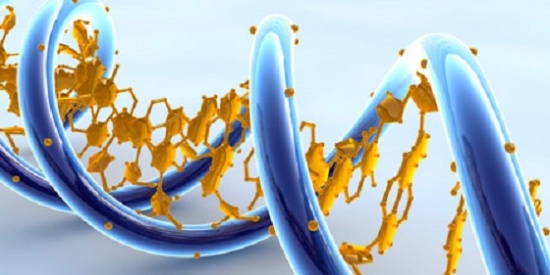 Novel genes are continuously emerging during evolution, but what drives this process? A new study has found that the fortuitous appearance of certain combinations of elements in the genome can lead to the generation of new genes.

In every genome, there are sets of genes, which are unique to that particular species. In this study, the scientists first identified thousands of genes that were specific to human or chimpanzee. Then, they searched the macaque genome and discovered that this species had significantly less element motifs in the corresponding genomic sequences. These motifs are recognized by proteins that activate gene expression, a necessary step in the formation of a new gene.

The formation of genes de novo from previously non-active parts of the genome was, until recently, considered highly improbable. This study has shown that the mutations that occur normally in our genetic material may be sufficient to explain how this happens. Once expressed, the genes can act as a substrate for the evolution of new molecular functions. This study identified several candidate human proteins that bear no resemblance to any other known protein. What they do is an enigma still to be resolved.

This entry was posted on January 3, 2016 by The Lunatic. It was filed under Genetics, Health and Medicine and was tagged with biochemistry, cell biology, DNA, Genetics, health, medicine, nature, peer reviewed, science.