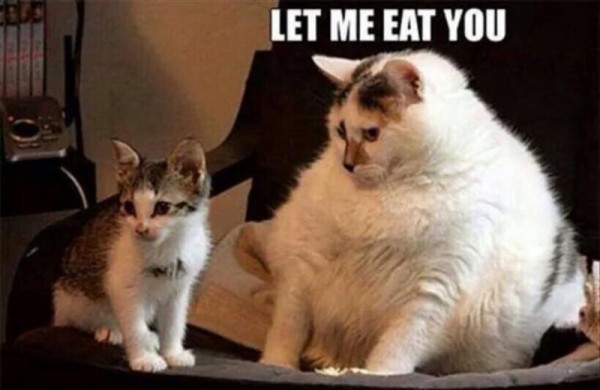 MRI images of the study participants were taken before and after a meal. Both groups showed significantly increased activity in the neo- and limbic cortices and midbrain when they were hungry. After eating, however, that brain activity dropped among lean participants while continuing in their obese counterparts.

Even after eating and reporting they were full, the severely obese women continued to react to pictures of food in much the same way they had when fasting, as exhibited in brain scans.

“Before or after the meal, they’re just as excited about eating,” said Dr. Nancy Puzziferri, senior author of the study.

“It seems they have an instinctive drive to keep eating.”

While the appeal of pictured food dropped 15 percent for the lean women after they ate, the severely obese women showed only a 4 percent decline, based on brain scans using functional magnetic resonance imaging (fMRI) to measure brain activity. After eating, activity in regions in the prefrontal cortex and posterior cingulate cortex significantly changed in the lean group, but not in the obese group. The obese study participants maintained activation in the midbrain, one of the body’s most potent reward centers.

The obese women showed sustained “hungry” brain activation, even though they reported the same increase in satiation as their lean counterparts.

“These findings may explain why some people with severe obesity report an underlying drive to eat continually despite not feeling hungry,” said Dr. Puzziferri.

“In contrast, lean women when full will either stop eating or just sample a food they crave. It’s just not a level playing field – it’s harder for some people to maintain a healthy weight than others.”

The severely obese women in the study, who weighed between 202 and 316 pounds, were candidates for bariatric surgery to lose weight. The study is following these women after surgery to determine if their brain activation patterns change.

We should note that BMI is a terrible way to determine anything about a person because it assumes the average height/weight for a person, for example competing bodybuilders could have a BMI that would place them in the morbidly obese range when their body fat percentage (a much better indicator of health or fitness) is usually under 5-7%.

This entry was posted on July 23, 2016 by The Lunatic. It was filed under Neuroscience Research, Women's Health and was tagged with behavioral science, fat loss, health, neurobiology, neurology, obesity, peer reviewed, science, weight loss.