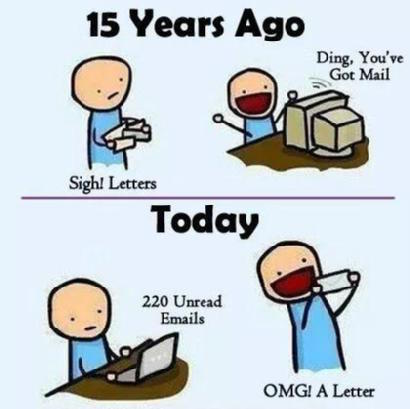 Sometimes emails can still be exciting!

I’ve got news! In my last post on the subject I said that I wasn’t expecting a response from the lab I was requesting data from until Monday, if at all. Well would you believe I got a response! It wasn’t a “here’s the data response,” but it is progress. Let me explain why.

As I mentioned in the art of the data request post, I explained that it can be difficult to get a dataset from a different lab becuase it isn’t always in their best interests. Sometimes the fear of being left behind can scare a lab into hording the data they collected at the expense of the possibility of helping people (specifically in biomedical engineering).

When I made my request I was nice and non-threatening. I explained that I did not want to use the data to find something new, I just wanted to create a new way to visualize the data. Nothing would be published, no advances would be made, I just wanted to show a behavior in the data they collected to show the same behavior in the data I collected. This would strengthen the case that my data was what I say it is, not something else that could be causing it.

Well my response was a yes, we can share the data with you, but what do you hope to learn that you couldn’t find in the paper. The PI seems reasonable enough and expressed that he didn’t want me to waste my time, which could potentially be code for I don’t believe you won’t do anything novel with my data… but then again I might just be paranoid.

So yesterday, I went ahead and responded with further clarification on how I want to process the data. A technique that I have been using to visualize data, nothing new, just something my PI really likes when visualizing data, basically an animation of changes over time. To show that I come in peace and do not want to do something with the data they haven’t done I offered to share the created visualization with him should he want it.

It’s a tough process, but I am hopeful and the PI hasn’t given me any reason to think he won’t share the data, so now I am just waiting for the response, if I’m lucky the data will be attached and I can get my work done. Expect an update when I hear back, I’m cautiously optimistic and very excited to get this started.

This entry was posted on November 26, 2019 by The Lunatic. It was filed under 365 Days of Academia - Year one and was tagged with collaboration, data science, Education, email, Engineering, neural network, neuroscience, PhD, research, school, science, signal processing.