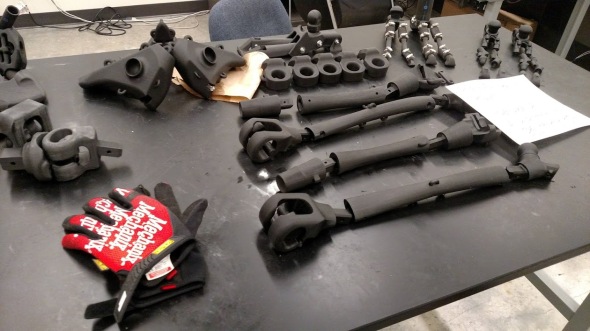 With everyone doing a review of what happened in the past decade, I thought it would be good to look back and cover the things I’ve done over the years. Is it a little self serving? Maybe, but then again it is my blog, so why not? Here’s my decade in review.

Okay, well wow, I don’t even know where to start frankly. I’ll try to do this chronologically, but to be honest, it might not be the easiest way to do this. Way back in 2010, I was living in a completely different state, had an apartment, and life seemed to be pretty good. It was two years into my bachelors degree, I was sporting a 3.8 GPA, I had just finished 23 credit hours of coursework (true story, intro to biology, intro to chem, intro to physics, linear algebra, all the labs that go with the science classes and yeah it was a lot, but I still did it).

Of course, ten years ago (almost exactly) would be when my military baggage caught up to me. I had worked as much as I could work, took as many classes I could take, and most importantly I did EVERYTHING I could to avoid being alone with my thoughts. After that term things slowed down for me, my course load was normal (not by choice, by virtue of what was offered) and for the next several years, I would struggle just to live.

I would attempt suicide, twice. It was a rough way to start the beginning of the decade. So let’s fast forward a little, I had moved twice, my GPA was… well not that great. I had been torn down and while I was on semi-stable ground I pushed forward and finished my lower division classes. It took me four years, but I was ready to apply for my upper division classes.

In my undergrad school, you had separate “schools” inside the main university so you would take your lower division classes, then apply to the school you wanted to get your degree with, I had finished the requirements for the school of mechanical and materials engineering, so that was where I was planning on going, unfortunately there was a snag. Not everyone who applied got accepted, I had to meet with the advisor to talk about my future with the school.

She told me to find a different program. Seriously, I was told not to bother, they wouldn’t take me. I was better off trying to get my degree in biology (a school that was not in such high demand). However, I didn’t know what I would do if I couldn’t get my mechanical engineering degree, it’s what I had been working towards for so long, so I went to see the head of the undergraduate program to plead my case. He offered me a shot, I took it and as long as I met his grade requirements, I would be accepted into the program after the first year.

I had made it, and I did it. I was and still am grateful for his kindness, he didn’t have to accept me into the program and he certainly didn’t have to meet with me. I would have my undergrad degree three years later and I even bought my first home! In the second year, I met a prospective professor when he gave a talk at the college about the research he was doing and what he wanted to bring to the school. The next year he got the job and I was his first student to work in his lab.

It was an interesting experience, I agreed to get my Masters degree and work in his lab. I got to help build his lab, I ordered equipment, built the website, managed the projects we wanted to bring into the lab, even mentored new undergrad students. We agreed that my masters project would be to design a robotic knee that worked like a human knee. I like to think I did a good job because he then asked me to create the entire lower half of a bipedal robot for testing balance control designs based on how humans balance.

I managed to get three confrence papers from the work and I have one journal paper that covers the whole design process I came up with still in review. I traveled across the US and in just the last two years I’ve gone to Paris and then Bristol, UK. The knee was a success, it’s currently the most advanced knee in design, which I hope will be used in prosthetics soon! I created a hybrid robot that merged soft robotics and traditional “hard” robotics to make something more human. It was self balancing (see above), had a knee that locked (just like the human knee) and was probably the coolest thing I had done to that point in my life. I finished my robot and my masters degree in just one year, two years ago!

I decided to get my PhD, but after applying and getting turned down from my top choices, I reached out to on of the professors at USC, he agreed to meet with me so I flew to california for the day. Unfortunately, he couldn’t help me, but when I got home he asked for my CV and passed it on to some of his colleges. By the end of the day I had a lab interested in having me and they were doing the research I wanted to do, brain-machine interface research!

Last year, I packed my things, sold the house, bought a new home without even seeing it in person (sight unseen except for some facetime tours with my real estate agent). The house is… well everything broke in it, all the appliances seemed to go out at the same time, the AC, the water heater, the washer/dryer, the stove, the refrigerator, and even the garbage disposal started leaking from the bottom (making it unrepairable).

Just a few exoskeletons from our lab

The lab has been an amazing experience, I developed the plan for my research. I came up with a new technique that could change a lot in the way we try to interface ourselves with electronics, and I performed a preliminary experiment to show that it would work. The initial results are promising and I used my analysis for my qualifying exam (which I passed!). I also got to be a student coordinator for the first (hopefully annual) neurotech entrepreneurs workshop.  I even got turned into a comic book character!

Behold! Me, in all my comic glory!

Me passing my qualifying exam (yay!)

Basically over the past ten years, I went from trying to kill myself (and almost succeeding), to getting two degrees, working on my third. I moved (a LOT!) and I now own my second home in a completely new (to me) part of the US, and life for the moment seems pretty good. Things have been surprisingly stable, well stable for me anyway. It’s been an interesting ten years, so I’m excited to see what the next ten bring. Hopefully more of my cats doing things like this…

Look at the stubby little legs!!!!

This entry was posted on January 1, 2020 by The Lunatic. It was filed under 365 Days of Academia - Year one and was tagged with 2020, blog, Education, life, lifestyle, Mental health, mental illness, new years, PhD, school.