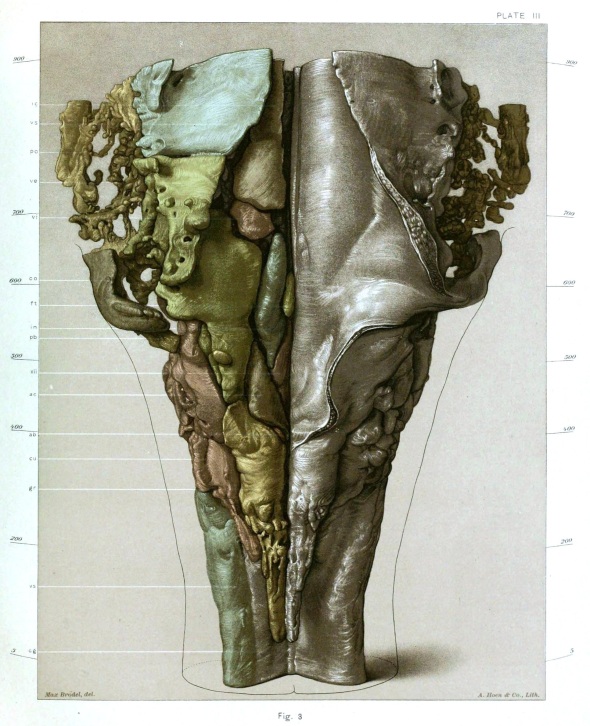 Reconstruction of the nuclear masses of the brain stem

It’s day thirty-six in our spinal cord series and I yesterday I lied, we’re not done quite yet. First, as always we have a super helpful neuroanatomy category for anyone wanting to read the posts from this series. For the rest of us, today we’re talking about the reticulospinal tracts, yes tracts with an s. There is a good reason for this, but you’ll have to read on to see why.

While it is true, we’re nearing the end of our spinal cord series, there are still things to learn. Originally I wasn’t sure if I wanted to cover the reticulospinal tracts, once we get into it you’ll see why. However, it makes sense because this could potentially come up in conversation (specifically if you work with the spinal cord like I do). So let’s go over this a little bit.

First let’s go over the overall function of the reticulospinal tracts, then we can break it down into what tracts specifically are grouped here. As usual, the name gives us some information about these tracts, they are the reticulospinal tracts, meaning they end in the spinal cord and start at the reticular formation of the brain (technically brain stem and seen below). Therefore without knowing anything else, we know where the tracts originate and where they terminate. This also tells us that the tracts in this group are descending or efferent tracts. 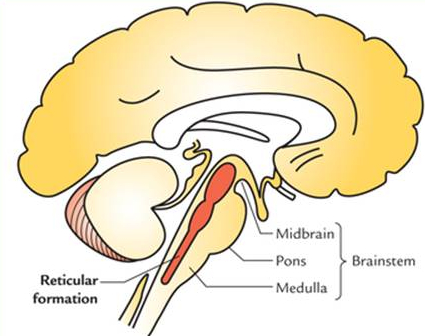 Now let’s talk about the function, these tracts are extrapyramidal motor tracts (meaning they don’t go through the medullary pyramids) that descend from the reticular formation (shown above) in two groups of tracts to act on the motor neurons supplying the trunk and proximal limb flexors and extensors. This tells us that the reticulospinal tracts are involved mainly in locomotion and postural control, although they do have other functions as well. 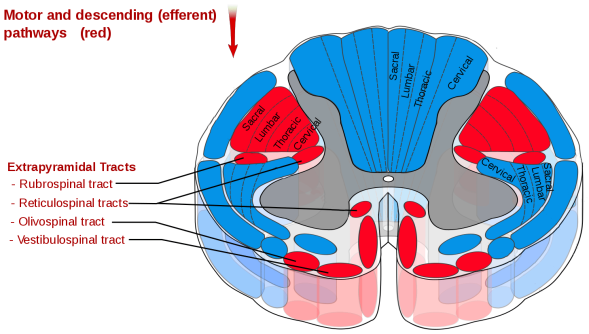 Location of the extrapyramidal tracts of the spinal cord

The two tracts are separated because they have two different functions. The medial tract is responsible for exciting anti-gravity, extensor muscles (which we first mentioned in our vestibulospinal tract post). The fibers of this tract arise from the caudal pontine reticular nucleus and the oral pontine reticular nucleus and project to lamina VII and lamina VIII of the spinal cord. For reference, the nuclei of the brain stem can be seen below.

The lateral tract is responsible for inhibiting excitatory axial extensor muscles of movement. It is also responsible for automatic breathing. The fibers of this tract arise from the medullary reticular formation, mostly from the gigantocellular nucleus (also seen below), and descend the length of the spinal cord in the anterior part of the lateral column. The tract terminates in lamina VII mostly with some fibers terminating in lamina IX of the spinal cord. 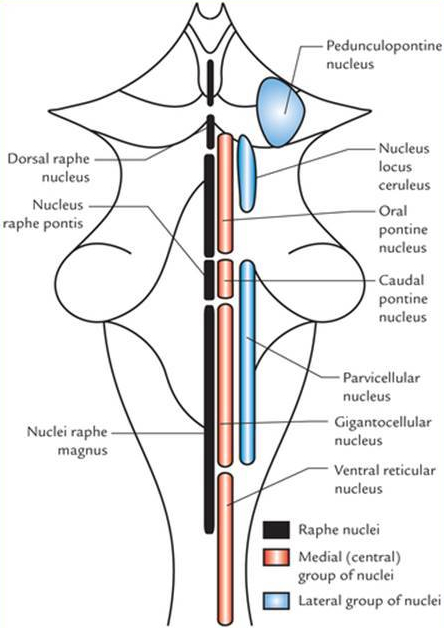 This entry was posted on February 28, 2020 by The Lunatic. It was filed under 365 Days of Academia - Year one, Neuroanatomy and was tagged with biology, blog, daily routine, Education, life, neurology, neuroscience, PhD, science, spinal cord.