Mental illness genetically linked to drug use and misuse

There are many reports of drug use leading to mental health problems, and we all know of someone having a few too many drinks to cope with a bad day. Many people who are diagnosed with a mental health disorder indulge in drugs, and vice versa. As severity of both increase, problems arise and they become more difficult to treat. But why substance involvement and psychiatric disorders often co-occur is not well understood.

END_OF_DOCUMENT_TOKEN_TO_BE_REPLACED

Addiction, it’s in your genes… maybe 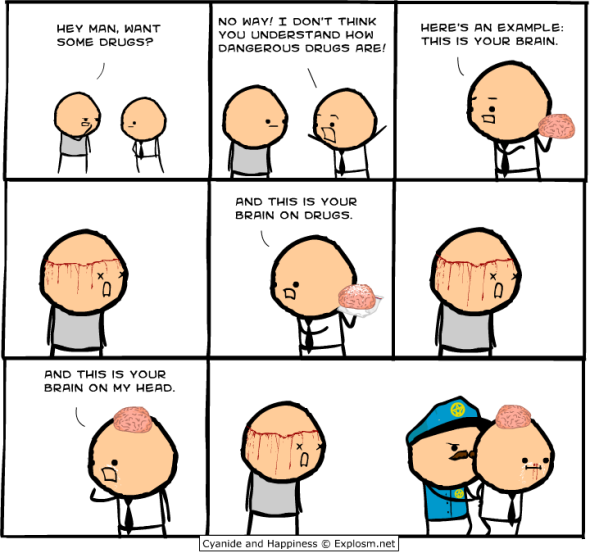 Why does one person who tries cocaine get addicted, while another might use it and then leave it alone? Why do some people who kick a drug habit manage to stay clean, while others relapse? And why do some families seem more prone to addiction than others? According to a new study, the road to answering these questions may have a lot to do with specific genetic factors that vary from individual to individual.

END_OF_DOCUMENT_TOKEN_TO_BE_REPLACED

The age at which an adolescent begins using marijuana may affect typical brain development, according to researchers at the Center for BrainHealth at The University of Texas at Dallas. In a paper recently published, scientists describe how marijuana use, and the age at which use is initiated, may adversely alter brain structures that underlie higher order thinking.

END_OF_DOCUMENT_TOKEN_TO_BE_REPLACED

Methamphetamine use and the onset of parkinson’s

We’ve all seen the PSA’s trying to show the effects of meth use and in particular, what it does to your teeth. Typically, when it comes to drug use, people will not look at the long term side effects from their addiction instead thinking in the short term. This is unfortunate because as it turns out, methamphetamine users are three times more at risk for getting Parkinson’s disease than non-illicit drug users with even worse news for women, new research shows.