Eternal Sunshine of the Spotless Mind? 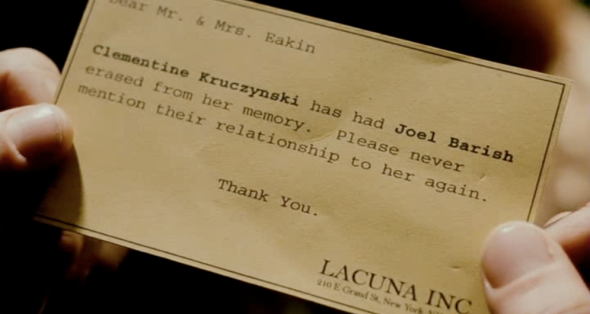 A frame from Eternal Sunshine of the Spotless Mind. What if it was more than just a movie…

Much like this posts namesake, the movie Eternal Sunshine of the Spotless Mind asked what if you could erase memories? Want to forget your ex, no problem. Better yet, what PTSD? I’m sure that all of us can think of at least one or two things — be it embarrassing, or scary — that we would like to forget.

Or conversely, maybe there is something forgotten, something you would give anything to remember — like a loved one or a relative — locked away deep in your brain. Thanks to new advancements in neuroscience, it’s technology that is not just in the movies anymore.

Researchers at the University of California, San Diego School of Medicine have done just that. They have managed to erase and reactivate memories in rats, thus profoundly altering the animals’ reaction to past events.

They found that they could selectively remove a memory and more important, predictably reactivate it. They did this by stimulating nerves in the brain at frequencies that are known to either weaken or strengthen the connections between nerve cells [called synapses].

“We can form a memory, erase that memory and we can reactivate it, at will, by applying a stimulus that selectively strengthens or weakens synaptic connections,” said Roberto Malinow, MD, PhD, professor of neurosciences and senior author of the study.

The tests were ingeniously done with rats, that were genetically modified to make their nerves sensitive to light [see: optogenetics]. The researchers would optically stimulate a group of nerves in the rats brain, while simultaneously delivering an electrical shock to the animal’s foot. The rats soon learned to associate the optical nerve stimulation with the pain in the foot, so when the nerves were stimulated they displayed fear behaviors, despite the lack of pain stimuli [in other words they were expecting to get shocked, but never did].

When they looked at the brain, tests showed chemical changes within the optically stimulated nerve synapses, which is indicative of synaptic strengthening.

For the second part of the experiment the team optically simulated the same nerves with a memory-erasing, low-frequency train of optical pulses. These rats subsequently no longer responded to the original nerve stimulation with fear, suggesting the pain-association memory had been essentially erased.

Now for the jaw dropping part, the researchers found they could re-activate the lost memory by re-stimulating the same nerves with a memory-forming, high-frequency train of optical pulses. This means that when the researchers once again used the original stimulation, the rats responded with fear, even though they had not had their feet re-shocked.

Of course there are far better applications for this type technology than the movie Eternal Sunshine of the Spotless Mind suggests. For example Malinow, the senior author, noted that the beta amyloid peptide that accumulates in the brains of people with Alzheimer’s disease weakens synaptic connections in much the same way that low-frequency stimulation erased memories in the rats. “Since our work shows we can reverse the processes that weaken synapses, we could potentially counteract some of the beta amyloid’s effects in Alzheimer’s patients,” he said.

On a more personal note, this type of technology could help vets who suffer from PTSD, children who lost childhood memories because of trauma or abuse, or even help deal with memories that would be better forgotten.

I lost my Uncle — a man whom I adored — to memory loss brought on by trauma, to think that this type of technology may, one day, allow me to remember… well let’s just say I could cry.

Don’t remember that you’re already a pro at forgetting? Then you may want the full study — here!

This entry was posted on June 2, 2014 by FullMetal. It was filed under Health and Medicine, Neuroscience Research and was tagged with future, health, medicine, neurology, Optogenetics, peer reviewed, science.