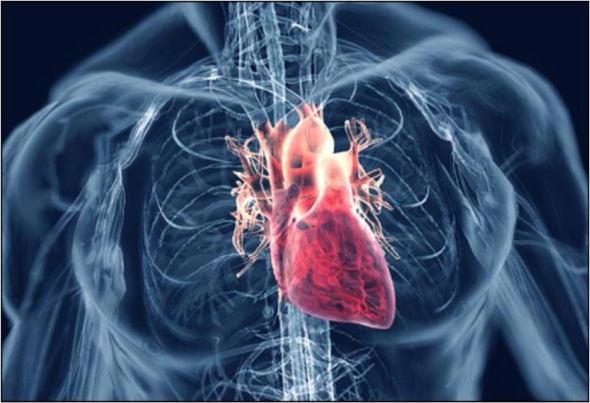 According to the CDC, 1 in 4 deaths are due to heart attacks. In fact it is the leading cause of death for both men and women. Largely attributed to diet, most medications solely aim at lowering cholesterol. However, a research team showed that a nanotherapeutic medicine can halt the growth of artery plaque cells resulting in the fast reduction of the inflammation that may cause a heart attack, offering a new way to treat people at risk for heart disease.

“Atherosclerosis is a major cause of death around the globe, and our nanomedicine strategy promises to offer a new way to reduce the number of heart attacks and strokes.”

Building upon a recent discovery, that macrophage proliferation dictates atherosclerosis-related vessel wall inflammation, the research team applied a nanomedicine strategy with a molecule of “good cholesterol,” or high-density lipoprotein (HDL), a naturally occurring shuttle that travels from the liver to arteries. The team took advantage of HDL’s natural travel routes, loading it with the widely-used cholesterol-lowering medication called simvastatin (Zocor), which it shuttles into arterial walls.

Since patients hospitalized after heart attack or stroke have a high recurrence rate of up to 20 percent within three years, the researchers also tested the possible benefits of adding an eight-week regimen of oral statins after the one-week S-HDL nanotherapy. Mice study results showed superior long-term therapeutic benefits of a combined total nine-week S-HDL and oral statins regimen, by first rapidly reducing plaque inflammation and then continuously keeping it suppressed.

“We envision our S-HDL nanomedicine therapy could be translated quickly to human clinical trials as a short-term infusion therapy for heart attack and stroke patients to rapidly suppress plaque inflammation, which can be sustained using current standard of care oral statin medication,” says Zahi Fayad, PhD.

While more research is needed, the results thus far are exciting.

“Nanotherapeutically inhibiting local macrophage proliferation is possible and we can effectively apply it to treat inflammation inside arteries.”

“Collectively, our results demonstrate that the two-step regimen not only reduces macrophage accumulation but also reduces the expression of key genes linked to inflammation in this cell type,” says senior study author Willem Mulder, PhD.

Researchers look forward to translating their promising mice study findings to larger animal models and human clinical trials in the near future. While more research needs to be done (and realistically a lot of promising drugs and research really doesn’t pan out) this offers hope for many people, all around the world.

This entry was posted on April 3, 2015 by The Lunatic. It was filed under Health and Medicine and was tagged with cardiology, cholesterol, health, internal medicine, medicine, metabolic diseases, metabolism, nanotechnology, peer reviewed, science, stroke.