Finding the circuit for experience-informed decision-making 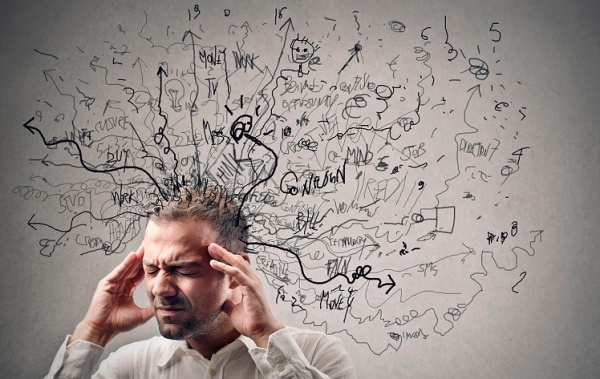 How is the brain able to use past experiences to guide decision-making? A few years ago, researchers discovered in rats that awake mental replay of past experiences is critical for learning and making informed choices. Now, the team has discovered key secrets of the underlying brain circuitry — including a unique system that encodes location during inactive periods.

“Advances such as these in understanding cellular and circuit-level processes underlying such basic functions as executive function, social cognition, and memory fit into NIMH’s mission of discovering the roots of complex behaviors,” said NIMH acting director Bruce Cuthbert, Ph.D.

While a rat is moving through a maze — or just mentally replaying the experience — an area in the brain’s memory hub, or hippocampus, specialized for locations, called CA1, communicates with a decision-making area in the executive hub or prefrontal cortex (PFC). A distinct subset of PFC neurons excited during mental replay of the experience are activated during movement, while another distinct subset, less engaged during movement in the maze — and therefore potentially distracting — are inhibited during replay.

“Such strongly coordinated activity within this CA1-PFC circuit during awake replay is likely to optimize the brain’s ability to consolidate memories and use them to decide on future action” explained Shantanu Jadhav, Ph.D., the study’s co-first author.

Prior to the study, researchers knew that the hippocampus and prefrontal cortex play a critical role in memory-guided behavior, but exactly what neural activity patterns underlie these abilities remained a mystery.

Previous studies had shown that neurons called place cells in the hippocampus become associated with particular places when rats explore mazes. During breaks when animals are inactive, they replay these place experiences in their minds. The place cells that activated while exploring the maze fire again in the same sequence, but on a much faster timescale. This is reflected in telltale split-second bursts of electrical activity called sharp-wave ripples (SWRs), in the hippocampus.

“We had previously shown that this SWR activity in the hippocampus is necessary for learning, but we didn’t know if or how it might engage other parts of the brain,” explained Jadhav.

“We suspected that in order to support memory retrieval, hippocampal and PFC activity during SWRs has to be coordinated.”

When they examined activity in groups of neurons in the two regions simultaneously as rats were learning spatial tasks, Jadhav and Rothschild’s team saw coordinated reactivation during SWRs spanning both the hippocampus and the PFC. In the PFC, they were surprised to see that this reactivation involved both excitation as well as inhibition of functionally distinct populations of neurons.

In a parallel study, Loren Frank, Ph.D., and his UCSF team focused on a neighboring region of the hippocampus called CA2. There, they were surprised to discover a distinct population of neurons that not only fire most strongly outside of SWRs, but also signal an animal’s location when the animal is immobile, including during sleep. The firing pattern of these neurons was thus complementary to the firing pattern of the SWR-associated place cells found in CA1.

The study revealed that the brain employs distinct neural codes for formation of location-specific memories depending on whether the animal is moving or still. Notably, CA2 has also recently been linked to social memories; social experiences often take place during periods of inactivity.

Remarkably, the timescale of the firing changes from SWR- vs. non-SWR patterns were similar in the prefrontal cortex and in CA2, indicating that the brain rapidly switches between the two coding systems with split-second agility.

“Delusions and similar mental problems involve mistaking internally generated information for real things from the outside world; it may be that the rapid and precise switching between past and present that we see in normal brains is impaired in psychiatric disease,” said Frank.

This entry was posted on March 11, 2016 by FullMetal. It was filed under Neuroscience Research and was tagged with health, medicine, Mental Health Stuff, neurobiology, neurology, peer reviewed, science.