Road rage and toxoplasmosis: Return of the parasite 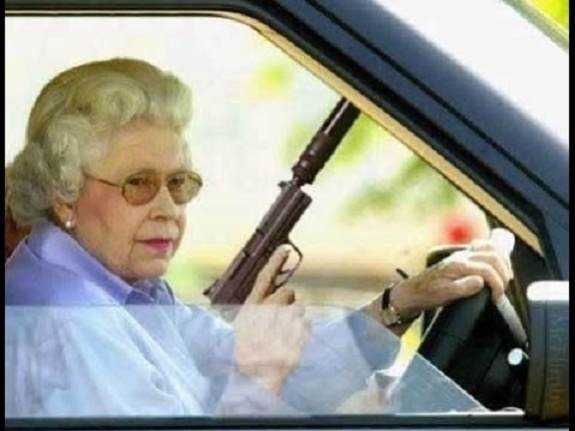 It was a clear case of a false alarm, toxoplasmosis, a parasite that infects mice and cats was thought to have an effect on humans. However, after a thorough review of the data it was off the hook, or so we thought.  Individuals with a psychiatric disorder involving recurrent bouts of extreme, impulsive anger–road rage, for example–are more than twice as likely to have been exposed to a common parasite than healthy individuals with no psychiatric diagnosis.

In a study involving 358 adult subjects, found that toxoplasmosis, a relatively harmless parasitic infection carried by an estimated 30 percent of all humans, is associated with intermittent explosive disorder and increased aggression.

“Our work suggests that latent infection with the toxoplasma gondii parasite may change brain chemistry in a fashion that increases the risk of aggressive behavior,” said senior study author Emil Coccaro, MD.

“However, we do not know if this relationship is causal, and not everyone that tests positive for toxoplasmosis will have aggression issues,” Coccaro said, adding that additional studies are needed.

Intermittent explosive disorder (IED) is defined by the Diagnostic and Statistical Manual of Mental Disorders, Fifth Edition, as recurrent, impulsive, problematic outbursts of verbal or physical aggression that are disproportionate to the situations that trigger them. IED is thought to affect as many as 16 million Americans, more than bipolar disorder and schizophrenia combined.

As part of their pioneering research to improve diagnosis and treatment for IED and impulsive aggression, Coccaro and his colleagues examined possible connections to toxoplasmosis, an extremely common parasitic infection. Transmitted through the feces of infected cats, undercooked meat or contaminated water, toxoplasmosis is typically latent and harmless for healthy adults. However, it is known to reside in brain tissue and has been linked to several psychiatric diseases, including schizophrenia, bipolar disorder and suicidal behavior.

The research team recruited 358 adult subjects from the U.S., who were evaluated for IED, personality disorder, depression and other psychiatric disorders. Study participants were also scored on traits including anger, aggression and impulsivity. Participants fell into one of three groups. Roughly one-third had IED. One-third were healthy controls with no psychiatric history.

The remaining third were individuals diagnosed with some psychiatric disorder, but not IED. This last group served as a control to distinguish IED from possible confounding psychiatric factors.

However, the authors caution that the study results do not address whether toxoplasmosis infection may cause increased aggression or IED.

“Correlation is not causation, and this is definitely not a sign that people should get rid of their cats,” said study co-author Royce Lee, MD.

“We don’t yet understand the mechanisms involved–it could be an increased inflammatory response, direct brain modulation by the parasite, or even reverse causation where aggressive individuals tend to have more cats or eat more undercooked meat. Our study signals the need for more research and more evidence in humans.”

Coccaro and his team are now further examining the relationship between toxoplasmosis, aggression and IED. If better understood, this connection may inform new strategies to diagnose or treat IED in the future.

“It will take experimental studies to see if treating a latent toxoplasmosis infection with medication reduces aggressiveness,” Coccaro said. “If we can learn more, it could provide rational to treat IED in toxoplasmosis-positive patients by first treating the latent infection.”

We should probably mention once more, that just because there is a correlation, there is no need to panic. Fluffy’s lovely parasite isn’t trying to take over your mind for sure, we’re still uncertain, at this point anyway. After all, there maybe a corrilation to the parasite and all the cat videos online.

This entry was posted on March 23, 2016 by The Lunatic. It was filed under Neuroscience Research, Psychology and was tagged with health, infectious diseases, Mental Health Stuff, neurobiology, neurology, peer reviewed, toxoplasma gondii.