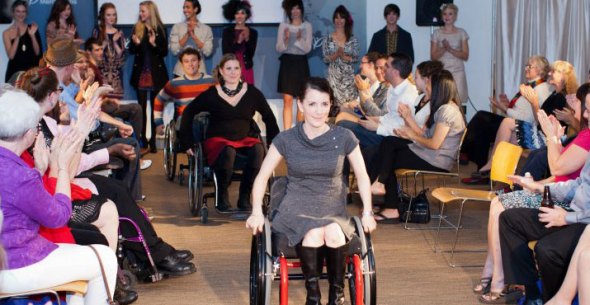 Fish might not be the first thing you think about when we talk spinal cord injury but that is exactly what scientists are doing. Don’t ask where they got the idea, but a therapy combining salmon fibrin [a protein that acts as a scaffolding] injections into the spinal cord and injections of a gene inhibitor into the brain restored voluntary motor function impaired by spinal cord injury.

Of course the study had to be done on rodents, but the researchers achieved this breakthrough by “turning back the developmental clock” so to speak in a molecular pathway critical to the formation of corticospinal tract nerve connections and by providing a scaffold [using the salmon fibrin that was mentioned earlier] so that neuronal axons at the injury site could grow and connect back up again.

In 2010, the lead researcher helped discover that axons flourish after the deletion of an enzyme called PTEN, the enzyme happens to controls a molecular pathway regulating cell growth. PTEN activity is low during early development when this happens it allows cell proliferation. PTEN subsequently turns on, inhibiting this pathway and precluding any ability to regenerate [which possibly has to do with limiting growth and tumor prevention].

Two years later, the team then found that salmon fibrin injected into rats with spinal cord injury filled cavities at the injury site,by doing that the researchers gave axons a framework in which to reconnect and subsequently facilitate recovery. Fibrin for those who want to know more, is a stringy, insoluble protein produced by the blood clotting process and is used as a surgical glue amongst other things.

“This is a major next step in our effort to identify treatments that restore functional losses suffered by those with spinal cord injury,” said Oswald Steward, professor of anatomy & neurobiology and director of the Reeve-Irvine Research Center, of the current findings. “Paralysis and loss of function from spinal cord injury has been considered irreversible, but our discovery points the way toward a potential therapy to induce regeneration of nerve connections.”

In their study, the team treated rodents with impaired hand movement [due to spinal cord injury] with a combination of salmon fibrin and a PTEN inhibitor called AAVshPTEN, a mouthful I know. Like good scientists, the researchers gave separate group of rodents just the AAVshPTEN.

The researchers saw that rats receiving the inhibitor alone did not exhibit improved motor function, whereas those given AAVshPTEN and salmon fibrin recovered forelimb use particularly when involving reaching and grasping.

“The data suggest that the combination of PTEN deletion and salmon fibrin injection into the lesion can significantly enhance motor skills by enabling regenerative growth of corticospinal tract axons,” Steward said.

Something to keep in mind, about 2 percent of Americans have some form of paralysis resulting from spinal cord injury. This is due primarily to the interruption of connections between the brain and spinal cord. As of right now, the spinal cord does not regenerate like many systems of the body.

This means that an injury can lead to complete loss of function below the injury. In other words, an injury to the neck can cause paralysis of the arms and legs. People who suffer a neck injury like that will typically suffer an absence of sensation below the shoulders, which unfortunately results in bladder and bowel incontinence, sexual dysfunction, and in many cases secondary health risks such as susceptibility to urinary tract infections, pressure [or bed] sores and blood clots from not being able to move the legs.

Steward said the next objective is to learn how long after injury the combination treatment can be effectively administered. “It would be a huge step if it could be delivered in the chronic period weeks and months after an injury, but we need to determine this before we can engage in clinical trials,” he said.

While it seems like a far flung idea, maybe we can finally get people up and moving again. Even if the research doesn’t pan out it still offers other roads to help improve the quality of life for people suffering from spinal injury. I can think of a few people who could benefit from this type of research and I’m sure I’m not the only one.

Want the full study? You can find it —here!

This entry was posted on July 24, 2014 by The Lunatic. It was filed under Health and Medicine, Neuroscience Research and was tagged with Genetics, health, medicine, neurology, peer reviewed, science, spinal injury.