Fighting the Obesity Epidemic with X-box [No, not that one] 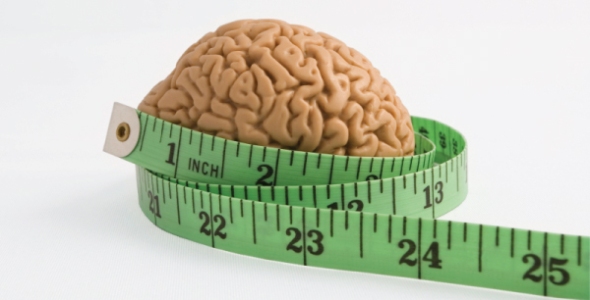 Despite all the efforts, people are losing the war on obesity. There is probably a number of factors involved, genetics, underlying medical problems, most of all diet, but in any case we are living in a world that is slightly heavier than our historical counterparts. Maybe that’s why so many researchers are trying to find an easy way for people to better regulate their weight. Thankfully that goal is one step closer because researchers have found a protein that controls when genes are switched on or off, one that plays a key role in specific areas of the brain to regulate metabolism.

The research has the potential to lead to new therapies to treat obesity and obesity related problems like diabetes. This is because the transcription factor [the thing that regulates how/went it is read or transcribed] involved — spliced X-box binding protein 1 [Xbp1s] — appears to influence the body’s sensitivity to insulin and leptin signaling.

I’ve written on these two particular hormones ad nauseam, but for those who want a quick refresher on it, insulin and leptin are hormones central to the body’s regulation of food intake and sugar disposal, insulin and it’s “evil twin” glucagon control blood sugar levels [insulin decreases and glucagon increases]. Leptin has been identified to play a role in satiety or the feeling of being full. Because those hormones play crucial roles in the body obesity and diabetes are conditions under which the body develops resistance to their actions.

“This study identifies critical molecular mechanisms that link the brain and peripheral endocrine tissues and that ultimately contribute to the regulation of body weight and glucose metabolism,” said Dr. Kevin Williams, Assistant Professor of Internal Medicine and co-first author of the study with Dr. Tiemin Liu, a postdoctoral research fellow in Internal Medicine.

The team found that when they caused an over-expression of the gene Xbp1s in mice that were fed a high-fat diet [much like most of the western population] it protected them against obesity and diabetes. On average, these mice were amazingly 30 percent leaner than mice fed the same food. The gene’s actions took place in pro-opiomelanocortin [or Pomc for short] neurons in the hypothalamic region of the brain. When the researchers elevated Xbp1s levels in Pomc neurons it mimicked a “fed” signal, resulting in improved body weight, decreased blood glucose levels, and improved insulin sensitivity in the liver. All of which are signs of improved health.

“Manipulating this one gene in the brain affected metabolism in the liver. This result shows that the brain is controlling glucose production by the liver,” said Dr. Joel Elmquist, Director of the Division of Hypothalamic Research, Professor of Internal Medicine, Pharmacology, and Psychiatry, and holder of the Carl H. Westcott Distinguished Chair in Medical Research, and the Maclin Family Distinguished Professorship in Medical Science, in Honor of Dr. Roy A. Brinkley.

Unfortunately as of right now, no drug form of the Xbp1s currently exists. This means there is no real way to test whether the gene is a good target for the treatment of diabetes or obesity in people. The researchers do note that such a drug as a potential outgrowth of their research. They also suggest that other transcription factors involved in the same metabolic pathway will be studied to see if they have similar effects. So with some luck, it might not be too long before something like this hits clinical trials.

But for now I’m going to think about how ironic the name of the transcription factor is, we might be using our xbox to fight the obesity epidemic.

Hungry for more? You can find the full study —here!

This entry was posted on July 25, 2014 by FullMetal. It was filed under Genetics, Weight Loss Science and was tagged with fat loss, Genetics, health, lifestyle, medicine, neurology, obesity, science.