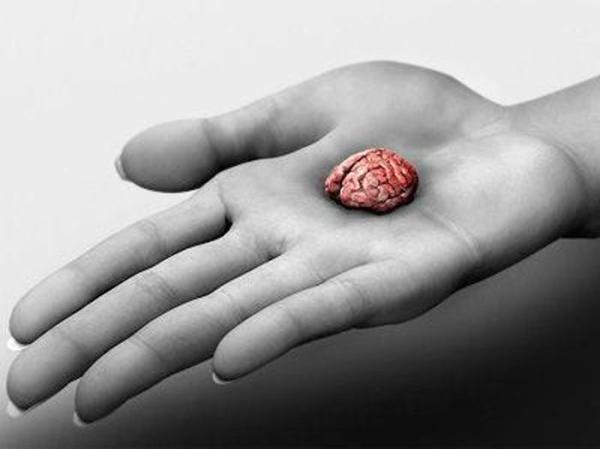 Long before Zika virus made it a household word, the birth defect called microcephaly puzzled scientists and doctors — even as it changed the lives of the babies born with it during the pre-Zika era. But new discoveries reported by an international team of scientists may help explain what happens in the developing brains of babies still in the womb, causing them to be born with small brains and heads.

The findings may also help scientists who are frantically trying to figure out why the Zika virus causes the same issue in some babies born to mothers who catch the virus from a mosquito bite.

In two new papers the researchers report new findings about a key protein involved in the process that generates the many new cells required to build a normal size brain. Though the new studies didn’t involve Zika-related microcephaly, they may provide clues that other scientists can use to investigate how Zika virus disrupts brain development.

The findings also provide insight into what is required for brains to develop normally.

“There’s so much we don’t understand about human brain development that we’re just starting to uncover,”Stephanie Bielas, Ph.D. says.

“This shows the devastating impact of interrupting cell biology critical for this process.”

Both of the new papers focus on the role of citron kinase, a protein important during the process of mitosis, where one cell divides to make two cells. Cell division is the foundation of normal growth and development.

CIT, as the protein is called for short, helps in the final stages of cell division that separates the two “daughter” cells, called cytokinesis. That’s when the two new cells, each with their own copy of the DNA from the original “parent” cell, sever the connections between them.

Years ago, research in animals showed that problems with the gene that contains the instructions for making the animal form of citron kinase could lead to microcephaly. But until now, that link hadn’t been proven in humans. The researchers now say that CIT is critical to building a normally sized human brain.

To make this discovery, the researchers turned to families from Egypt, France and Turkey that had one or more microcephalic babies. Some of them died soon after birth, the others developed intellectual disabilities that result from having a too-small brain.

Studying these babies’ genes and brain tissue gave clues to the importance of CIT, and the problems that arise when the CIT gene is mutated. Where normal brain cells have only one nucleus – the pouch containing the DNA and other important structures – many cells in microcephalic brain tissue had multiple nuclei. This suggested that something had happened to prevent new cells from dividing properly.

Another tool helped the researchers take the study even further: stem cells. With the parents’ permission, they obtained skin cells from the surviving children and used relatively new techniques to transform them into induced pluripotent stem cells (iPSCs). This essentially turns back the clock on the cells, making them able to develop into nearly any type of cell.

The researchers then grew the iPSCs under special conditions that coaxed them to develop into neural progenitor cells – the kind of cells that in a developing embryo grow and divide rapidly to become the future child’s brain.

“There’s a lot of evidence now that in microcephaly, there aren’t sufficient numbers of neural progenitor cells to build the normal-size brain,” says Bielas.

“Since the cells that form the structures of the brain, and develop into the different types of cells are born from this pool of actively dividing cells. This aspect of human brain development is a key issue to study.”

Studying rare spontaneous cases of microcephaly – such as those in the families that took part in the study – offers a chance to identify genes important for brain development and understand the impact of deleterious small genetic mutations.

“Often in genetics, we identify seemingly obscure genes as the genetic basis of disorders; we don’t know what they do or where and when they’re active,” Bielas notes.

“But in the case of citron kinase, we knew what a mutation in the gene did in animal models.”

“These newly published findings confirm that CIT mutations are not only linked to severe microcephaly in humans, but are also associated with a smooth, unfolded brain surface – a condition known as lissencephaly – that isn’t usually seen in brain disorders linked primarily to defects in neural progenitor cell mitosis.”

The team is now growing brain “organoids” – balls of brain tissue grown from iPSCs or human embryonic stem cells with edited genes – to study this issue further. The hope is that by studying microcephaly’s origins in human cells that mimic the developing brain, they can see what might be going on more clearly in human brain development that wouldn’t be detected in animal models. Some Zika researchers are also using this promising model system to study the virus’s effect on human neural progenitor cells.

The researchers are also seeking more families whose babies have been born with non-Zika microcephaly, to contribute skin and DNA samples that may yield even more clues about the condition’s origins.

“We need to know how microcephaly genes are contributing to such a profound human disorder,” says Bielas.

This entry was posted on August 6, 2016 by FullMetal. It was filed under Genetics, Health and Medicine, Neuroscience Research and was tagged with cell biology, Genetics, health, medicine, neurobiology, neurology, peer reviewed, public health, science.