Using precision medicine to define the genetics of autoimmune disease 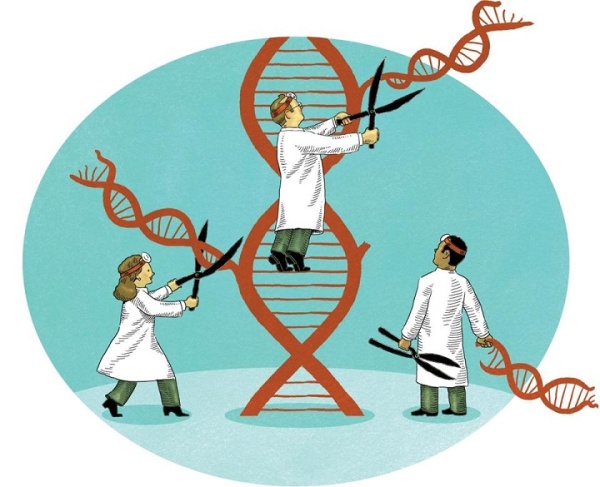 SLE, commonly called lupus, is a serious, potentially fatal autoimmune disease that the National Institutes of Health reports affects nine times more women than men, and is more likely to strike young African-American, Hispanic, Asian, and Native American women. The disease often begins between the ages of 15 and 44.

“SLE starts when the immune system attacks multiple organ systems in the body, which can result in a complex array of symptoms that are difficult to manage clinically and can lead to organ damage,” said Dr. Edward Wakeland, co-senior author of the study.

“Our findings support the potential of precision medicine to provide clinically relevant information about genetic susceptibility that may ultimately improve diagnosis and treatment.”

The study also may have implications for other systemic autoimmune diseases, a category of diseases that affect multiple body systems and includes Type 1 diabetes, rheumatoid arthritis, and multiple sclerosis.

The team sequenced millions of DNA base pairs from more than 1,700 people, which allowed precise identification of the genetic variations contributing to SLE. Specifically, the researchers identified 1,206 DNA variations located in 16 different regions of the human genome associated with increased susceptibility to SLE. They then showed that almost all of them (1,199) modify the level of expression of specific molecules that regulate immune responses.

In addition, the two-year study identified many of the specific regulatory variations that were changed in SLE patients and demonstrated that accurately identifying such so-called causal variants increased the accuracy of the genetic association of individual SLE risk genes with susceptibility to SLE.

“Prior to our study, such a comprehensive sequence analysis had not been done and little was known about the exact genetic variations that modify the functions of the genes that cause SLE,” said Dr. Wakeland.

The scientists began their comprehensive sequence analysis using the DNA samples of 1,349 American Europeans (773 with SLE disease and 576 without).

They then determined the precise DNA sequences at SLE-associated genetic regions scattered throughout the genome. They found that SLE risk is associated with specific clusters of DNA variations, commonly called haplotypes and that some haplotypes increased the risk for SLE while others provided protection from SLE.

After identifying the sets of DNA variants that increased SLE susceptibility in Caucasians, they used multiple public databases, including the international 1000 Genomes Project (2,504 genomic samples from the global human population) to determine whether these haplotypes also were found in South American, South Asian, African, and East Asian populations.

“We thank the many SLE patients and control participants whose sample contributions were essential for these studies,” the researchers wrote.

The researchers plan to continue the research by obtaining more DNA samples and expanding their analysis to additional SLE risk genes with the goal of obtaining a data set that can be used to predict an individual’s unique risk of SLE, as well as the likelihood of benefiting from specific treatments.

“It is feasible that this same type of genetic analysis will allow the clustering of SLE patients into specific groups, based on their genetic predispositions, which would improve clinical management and potentially allow the development of more targeted therapies,” Dr. Wakeland said.

This entry was posted on March 18, 2016 by The Lunatic. It was filed under Genetics, Health and Medicine and was tagged with autoimmune disease, cell biology, Genetics, health, medicine, peer reviewed, personalized medicine, science.